For all that the Princess Maker games are, in their way, somewhat unfriendly, there’s nearly always something delightful about raising your small child, be that into a great scholar, a dancer or musician, or a HELLION OF BATTLE. And Princess Maker 5, recently localised into English (A little clumsily, it must be said, but still mostly understandable) does well at showing the joyous end of raising children. 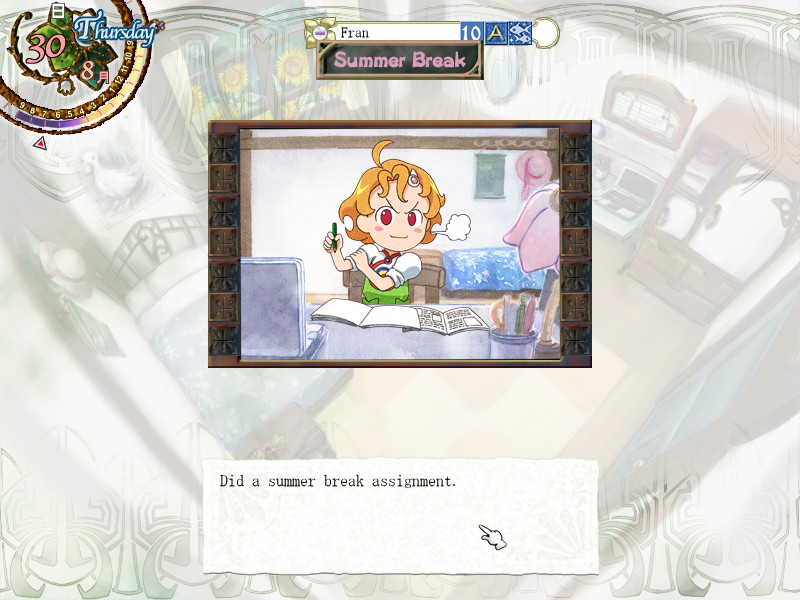 HRNGH, GONNA STUDY, YEAH! (I love how *pumped* she is for academia. Always)

So, the Princess Maker games have changed in the details many times over the years, but the core life-sim gameplay has remained the same: Schedule time for your daughter’s activities, grow her stats (while paying attention to her needs), take part in events, and, depending on what you’ve done over the years, get one of the many, many endings. For all that it is somewhat complex, since there are no, strictly speaking, bad endings (Or few, easily avoidable ones), I can somewhat forgive the unfriendliness of the Princess Maker series. This time, it’s set in the modern day, and adventuring has returned!

Wait… Modern day? Adventuring? What’s my daughter beating up, the undeserving homeless? No, monsters do exist, because your lovely daughter, saved by Cube during the revolution after the end of the (sadly unlocalised) Princess Maker 4, comes from another world. A world that impinges on ours soon enough…

…But this, like many elements of Princess Maker 5, take time to get to. For the first year or two, it’s the usual deal of taking part-time jobs, studies, electives… Of making friends, and going to events to destress… Of buying Winter and Summer dresses (Sidenote: I enjoy how accurate the game is that children’s clothes are much more sodding expensive) , and, of course, exams. Mostly, features work as well as they did before. Weekly scheduling is better than PM3’s more confusing system, the town is hard to get around at first because you don’t, without a guide, know where anything actually is, and, if you’re looking for a specific ending, then you’re probably not doing it without a wiki. 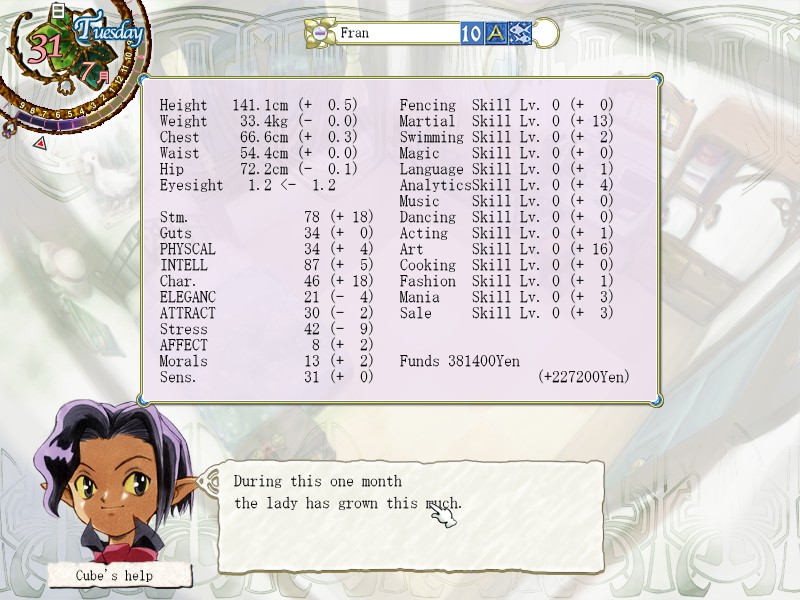 On the one hand, there are a *lot* of stats. On the other, don’t worry, focus on a few, others will come naturally.

Still, the issues of an older lifesim game re-released aside, and some odd translations that seem odder if you don’t know Japanese culture (Bathe with your daughter is communal bathing, a common practice, and not anything filthy), Princess Maker 5 shines in one area in particular: The job animations. When studying or practicing skills, good performance feels good (Such as Athletics club, where she pulls ahead of the pack and wins by a nose), and when failure occurs? Well, I’ve winced more than a couple of times in sympathy, especially with Karate club, where failing to break those planks is… Particularly painful. There’s a lot of character to the daughter, and the cast is also characterful and interesting. Adventuring makes a welcome return, albeit with less control, but hey, adventuring, heck yes!

If you like life-sims, Princess Maker was one of the first big series in the genre, and Princess Maker 5 is definitely worth a look. I wasn’t sold on the blond moppet at first, but the animation, the writing, and the world definitely charm, and, not gonna lie, one of the things that charms the most is the cultural references, such as going to see a Tokusatsu show and cheering on the protagonists twice a month. GO BLADE MAN! YOU CAN DO IIIIIT! 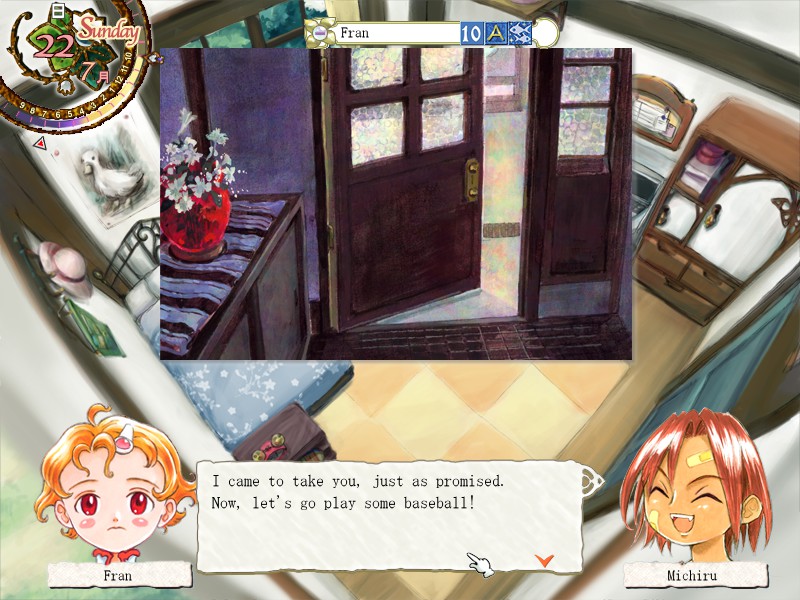 As you deepen relationships, even more events unlock. Alas, love relationships are hetero only, but still… BASEBALL.

The Mad Welshman would probably be a terrible parent in real life, but here, he’s raising a master of both art, both in the traditional and martial senses. Fran: The Demoness With A Paintbrush.