Source: Regretted Cashmoneys
Price: £18.99
Where (Not) To Get It: Steam

I’ve never seen a first person survival game where doing beginning quests in the wrong order can kill you before. Now that I have, with Planet Explorers, I can say that I find it an unpleasant experience. Not to mention the rest of the experience, which, for me, is equally unpleasant. 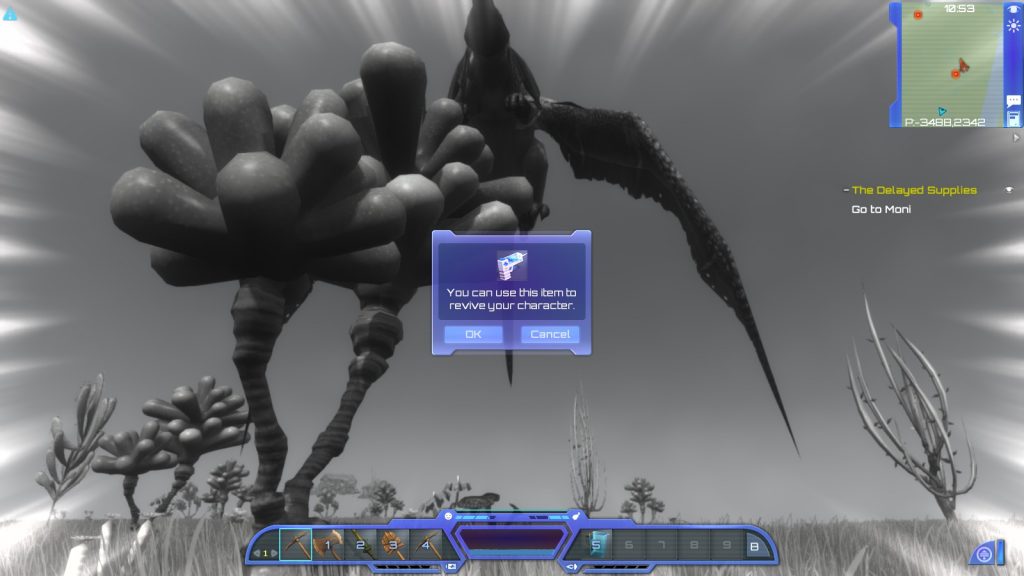 Yep, it eventually killed me. After following me for *miles* and mostly whiffing. Oh, should I mention the next village is about forty minutes walk, realtime, from the first?

So, let’s begin with the difference between “Story” and “Adventure” mode, where the first has quests (Some of which are stupidly lethal, with no real indication this is the case), a story mode, and cutscenes, and the second… Has quests, a story attached to each village that doesn’t seem to change, and no cutscenes. Adventure mode’s first village nearly always has one asshole whose only function is to lead you to a slaver ambush, which provides an easy segue for me into combat.

There is, of a sort, combat AI in this game. For humans, this nearly always involve rushing you as soon as they spot you with their melee weapons if they’re hostile, and shooting from a distance if they have a gun. And y’know what? That works. Shame it works because your starting weapons are incredibly shit, and so combat with even one enemy is a case of having more medical tools and attempting to dodge. Or, y’know, doing quests in the first area in such an order that you have a handgun before taking on six slavers… Because otherwise, respawning where you are will just rapidly get you killed, while respawning back in the village will… Get everyone killed, including you. Or, you can do quests in the arbitrary “Right” order, and get a nice shiny handgun, which does the job better than your melee weapons. It even nets you a set of sentry guns, if you want a nice easy sta- 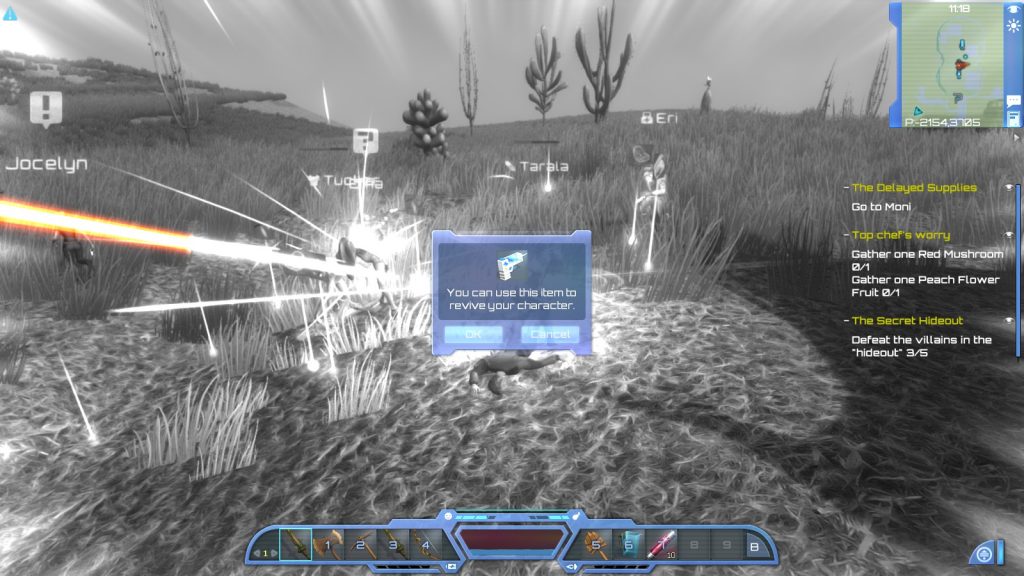 Pictured: What happens if you do Adventure Mode quests in the wrong order, then respawn in the village.

-Oh, did I forget to mention that Adventure mode has a means of randomising your procgen world, but doesn’t seem to account for the fact that you might have a different biome which doesn’t have “Tulips” , or, in at least one case, places a quest marker for putting down turrets to hunt a beast… In the middle of the ocean. Good. Fucking. Job. Because hey, while there are procedurally generated quests, usually of the MMO style variety of “Collect X shit for me”, “Oh noes, protect me from Y Angry Space Ogres” or “Please go into this conspicuously out of place dungeon and kill everything in it”, the village quests will always remain the same. Which is pretty damn awkward when you have an island in the middle of nowhere.

I could go on, and on, and on, about various things going on with this game, from the cutscenes with odd audio desync, to the fact that it was apparently decided to be a good idea to have a Cliff Racer equivalent in this open world game (A griffin-mouse combination, oddly), to how mining is somehow more of a slog than Runescape (Ten minutes to even get to an Iron Ore seam somewhat close to the surface… I gave up on getting more iron a few minutes later, not least because design schematics are linked to… Drumroll please… Quest Completion. That’s right, the ones which don’t seem to have much difficulty balancing, or sense of placement, or… holds head .) 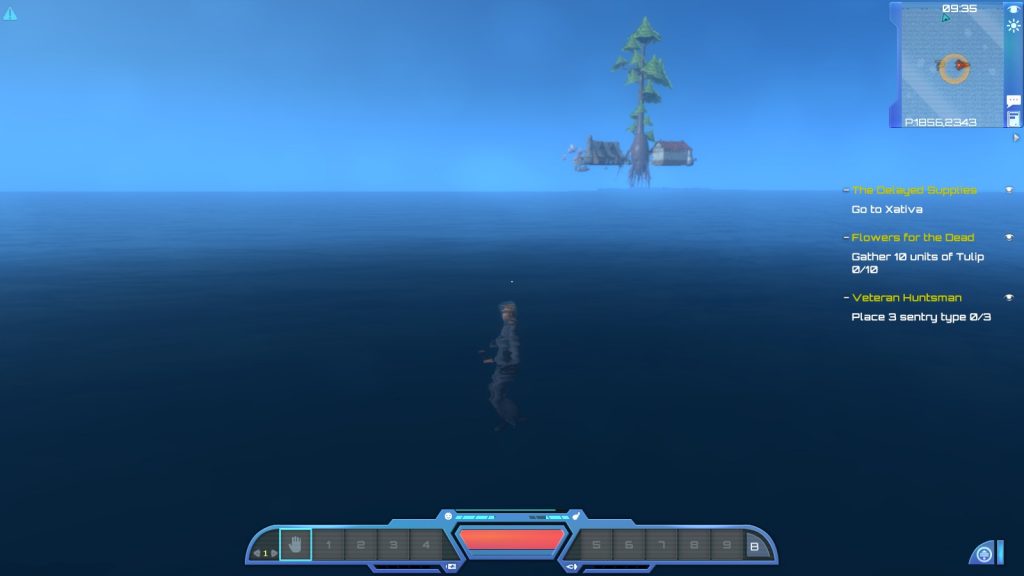 Pictured: Both the pop in (egregious) and a quest I can’t complete because I can’t put turrets in open water…

But instead I’m going to say that it looks kind of okay visually (We’re talking late PS2 level here, but mostly consistent in this), and it has a kind of sweet-sounding (In the saccharine sense) theme tune. Both of which you would probably be better off appreciating from screenshots and a youtube video of the opening, respectively. I have no idea why this was approved as a release candidate, to be perfectly and brutally honest.

The Mad Welshman sighed as his pick struck once more. You do sixteen minutes, and whaddya get… Painful blisters and hungry and wet…