Okay, so, listen up. This is a game about, like, teens. Also spooky scary ghosts, but mostly teens. Y’know, with the awkwardness, and the sentences that are either, like, way contracted, or run on for ages and ages and ages… You, like, remember being one of those, right? Or maybe you are one? Y’know, when you’d say like, and y’know, and gaaaahd? Or be totally quiet? Oh, yeah, sometimes you’d forget words you totally use all the time, like… Well, totally! 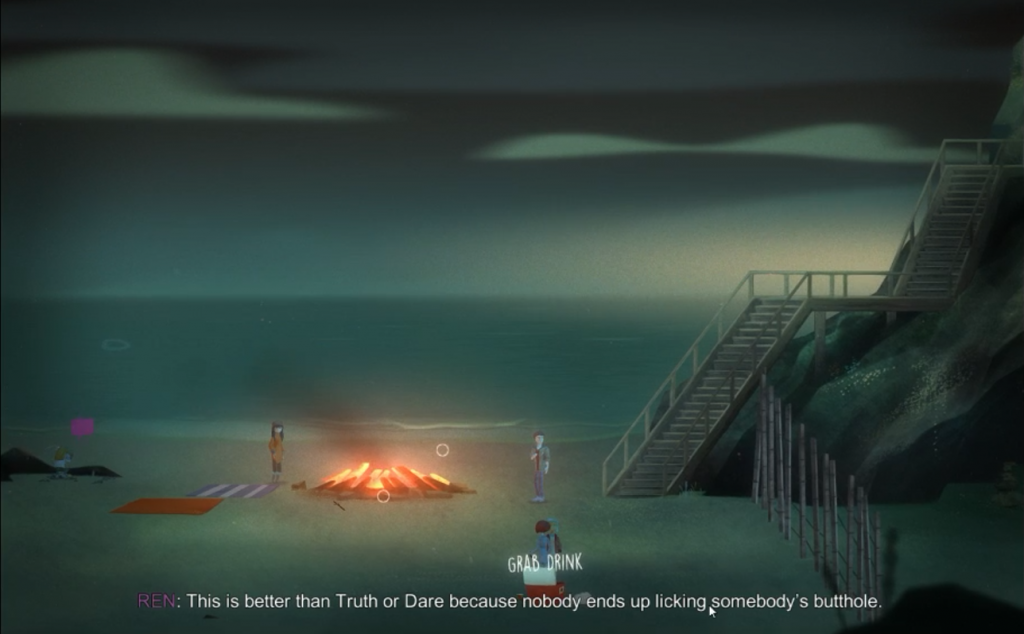 I’d like to tell you this is a game about happy endings. But that’s literally up to you. Like, literally. Your choices actually lead to things, because there’s only a small amount of things it can lead up to. And most of it has nothing to do with whether you, like, save the world, or whatever. Because it’s entirely possible you can do that. Although it’s also totally possible that none of it actually happened, or all of it happened, and, like, keeps happening, because timey wimey stuff is involved. Also it hella reminds me of The Fog… Oh, wait, you might not have seen the fog, it involved radios too, and creepy voices, and a shipwreck of some sort… Unless it’s the new one, in which case it was a bit weirder, and not as cool. But either way, things happen, and you kinda have to keep everything together when… Well, things really… Really aren’t together, do you get that?

Anyway, the point is that there are drama bombs, and if you’re not ready for those, or the fact that, y’know, it starts slow? Maybe this isn’t the game for you. Because these teens, they’re like… Their concerns are what you might call “Boring teen drama”, or you could, like, remember when all of that stuff was super important, I mean, universe endingly important. That’s kinda what I did, and I spent the whole game in various states of “Oh… My… GAAAAAHD!” or “OH NOES!” 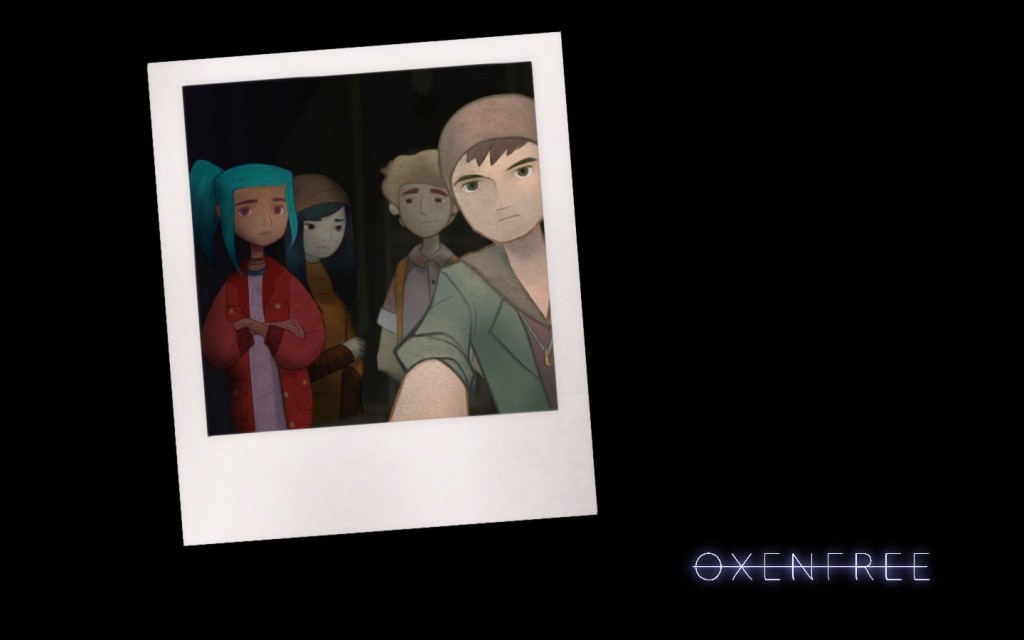 This is, like, most of the teens, something like halfway through the night, I guess? I mean, look at how they’re tryin’ to be brave, and totally sucking at it!

Because the game definitely does a lot to give you a bad case of the Oh Noes. It, like, threatens your friends, or… Well, they’re not your friends, but they kinda are, because you’re a girl called Alex, even if, y’know, you’re not a girl, or a Person of Colour, which Alex also kinda is? Either way, it was really cool to see these teens being treated as… Well, people, not just scream queens or puppy princes or whatever. They make dumb choices, like eating space cakes at bad times, or bring out their drama, and half the drama comes from… Well, maybe they’re not all there in ways that aren’t related to those cookies that make you hungrier the more you eat them, y’get what I’m saying?

The game looks kinda cool, although it’s hard to see things on a big monitor, and the characters look kinda small, but that’s okay, because the island is really cool too, and the music that plays, all the sounds and voices and weird effects are good too, as is, like, how easy it is to work out how to use the radio to, y’know, do spooky things (because there are spooky radios), because when you get on the right frequency for, like, things to happen, something obvious usually comes with it, like a light, or triangles, or whatever.

I’ve only done one run through of the game so far (The game pulls a really, really mean trick to show multiple playthroughs. Like, what the hell, Night School, I was all “NUUUUUUUU!” when you pulled that!), and it took me, like, four whole hours to get through it once, but I liked it, and I’m gonna try and see what happens if I do things differently, because there’s, like, hidden achievements for drama choicey stuff and not-so-hidden achievements for finding letters and backstory and stuff, which would be cool, because your first time through, you’ll kinda be all “Whuuuuuhhhhhh?” for at least the first half, maybe more if, like, you don’t get it? 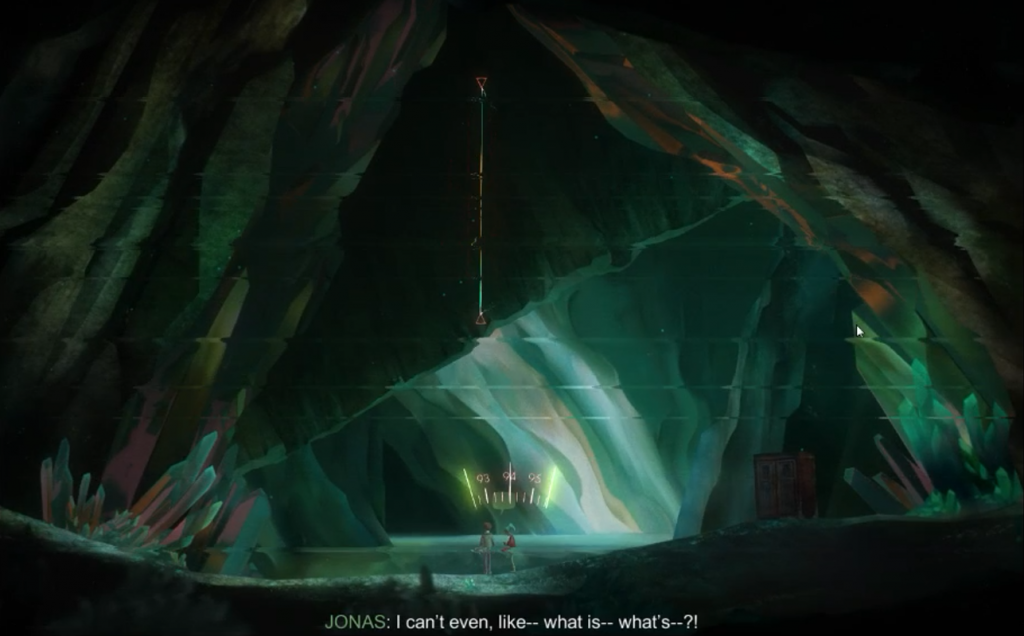 What Jonas is saying is, like, my reaction through, like, the ENTIRE game. With, y’know, a lot of “Oh cool!” too…

Article Translation/Summary: If you like adventure games along the lines of The Cave or the newer Telltale stuff, with well written teenagers being well written (And voice acted) teenagers in a spooky situation that, on your first run through at least, is going to leave you with lots of questions, then this is definitely a good purchase, and well worth checking out. Just be aware that the slow start is just a build up, and stick with it, you might find it worth it. Also please be aware that there is death and teenagers (rightly or wrongly) blaming each other for some of the shit they did, space cakes (That’s “hash” browns, emphasis on hash, to many others), and it is a horror game. Thanks for reading through what I felt was a fitting style of reviewing for the game!

The Mad Welshman is totes a cool dude who, like, isn’t a freak or a… Wait, are we even allowed to say freak anymo-ooooh, these cakes taste so good….