Source: Review Copy
Price: $19.99 First Access (With further donation options)
Where To Get It: Itch.IO
Other Reviews: Early Access 2, Release

The Scions of the Dreaming Dark surround my people. Their eldritch machines drain their blood, only to make them more violent, more willing to die for their leader. Their people may fall rapidly, but each time one falls, so do many of mine. And their leader… Their leader feeds off their hate, their rage, their death. He takes blows that would slay a normal human like rain off my jacket, shrugging, laughing.

My people are falling. We may never reach the Promised Land. And the longer this fight goes on… The harder it becomes. 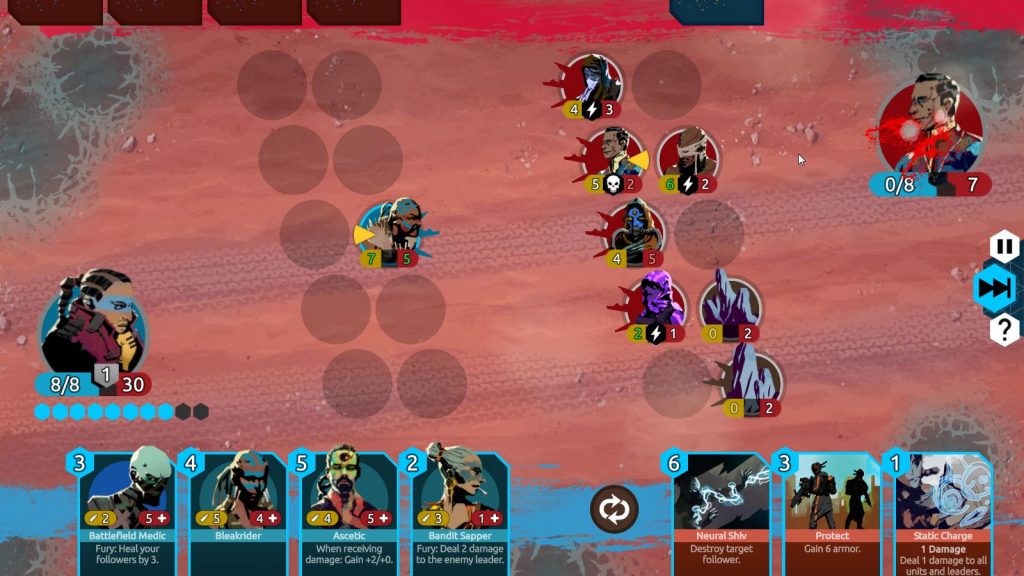 Well… This is… Awkward. The combat plays *somewhat* like Hearthstone with the Momentum. But, y’know, without the monetisation. Sweet.

It’s intriguing, isn’t it, how games imply a world with mechanics. And Nowhere Prophet, by Sharkbomb Studio, does this so very well. Even for a game that currently has two areas playable.

The basic idea, storywise, is that you are a latter day Moses, except, of course, I really do mean “Latter” day, as the world has kind of gone to ruin, with some technology still being known, and used, but others, such as the satellite that crash lands near our titular Prophet, mystified and referred to in the simple terms of the day. It talks of safety, and knowledge. Isn’t that enough to make a grand journey for, and to share with others?

But here’s the thing: It’s all very well to promise a Promised Land. But how, in the end, will you lead your people? Praise knowledge? Kindness? How will you keep their hope up, when you aren’t there yet, and the journey seems so long… How will you defend them, in these hostile lands? 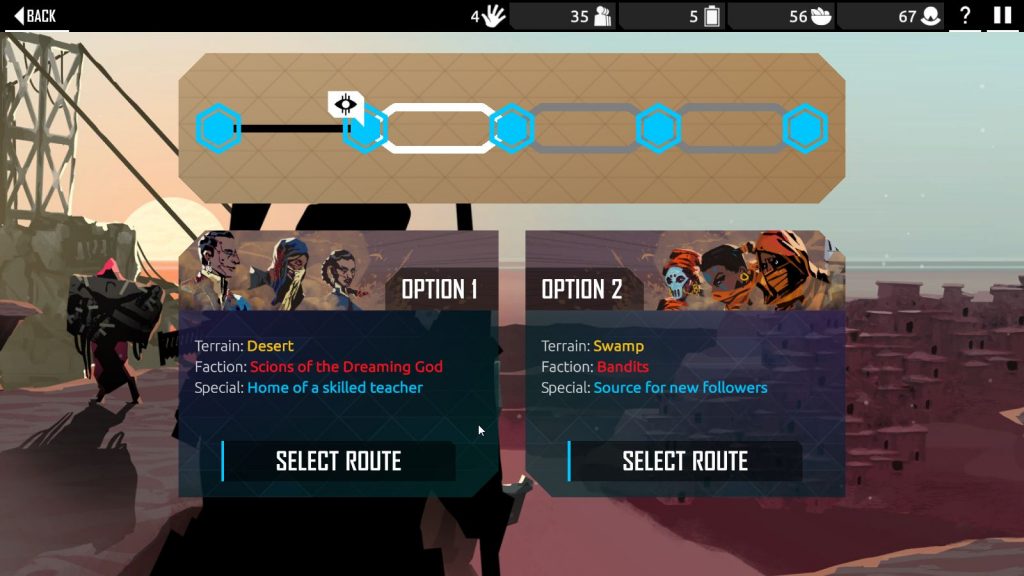 While it’s not perfect, the game has this: How do you return hope? Well, the birth of a child can happen, that helps. But mostly, you’re passing round shinies, in the hope that it will distract them. It sounds cynical as hell, but it can’t be denied that yeah, a little luxury makes a journey go faster. Lose hope, and problems arise. Similarly, food. You sort of need that to live, last I checked. And so, tough decisions are made. Do you take that nastier route because it has food, even knowing that it’s going to cost food to get the food, and that said food is probably already claimed by animals, ancient and malfunctioning robots using it as bait, bandits, or an end-times cult? Or do you take the easier route in the hope that something comes along?

Combat, similarly, has options, due to the deckbuilding system. You start with 23 followers, and the clothes on your back, and, no matter how much you want to preserve these people you promised, if you die, everybody loses. Take out the enemy leader, or make them run away. Even here, there’s decisions to be made. Do you keep a lot of weaker followers that synergise well, but might die in droves if the fight doesn’t go the way you want it to? Maybe bigger folks, buying time with your followers. Use them too harshly, and… Well, you don’t have followers anymore.

As you might tell, I like and enjoy this game. That isn’t to say it’s perfect, but what imperfections it has? Well, it’s early days. But the writing is good, the art style really sets the tone for each faction, and my main criticisms right now can be fixed with time. Basically… More. A little more music, to break things up. Obviously, the areas that are already coming. For some of the events with options that require 50 followers or 26 Altruism to maaaaybe not proc in the first area where I don’t see reasonable ways of achieving this? That last one, honestly, is mostly a grump, these events can happen anywhere down the line, but… Yes, I’ve had a lot of enjoyment with Nowhere Prophet so far, and foresee more, because it makes interesting choices, has a cool art style, tutorialises well, and its mechanics sync well with its narrative. So, all in all? Thumbs up. 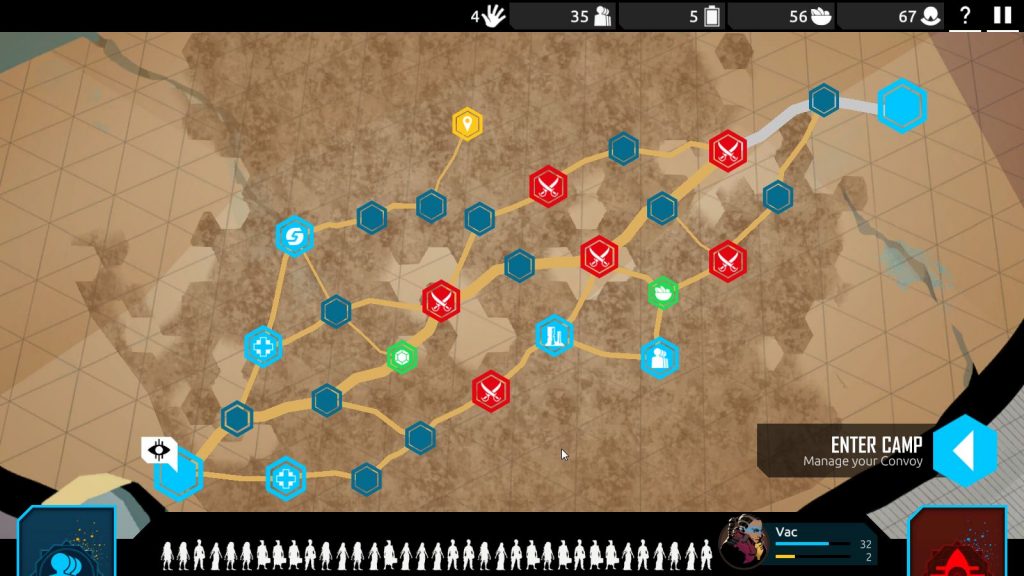 It’s important to note that not all paths are pre-mapped. There’s nearly always a way forward, even if it’s… Uncomfortable.

The Mad Welshman is a quiet Prophet. Mostly a prophet of interesting design choices that people seem to miss. Ah well, it’s a niche.