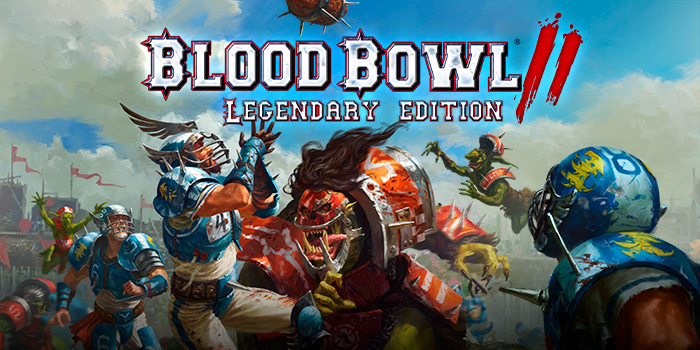 So. You can imagine my shock when I open up my PR mails this morning, to find that Cyanide are returning to form by announcing an all new edition of Blood Bowl 2, er… After saying they didn’t want to do all that edition stuff, instead selling the teams as individual DLC (Which, for all my not being able to recommend Blood Bowl 2 for precisely the reason I’m writing this now, that elephant in the room, was a sensible decision which I am not, in fact, opposed to. So long as the pattern held true.)

In fact, here’s a wee quote from a Rock Paper Shotgun interview about how, in fact, this is a sensible decision. From the project head of the time, Sylvain Sechi. 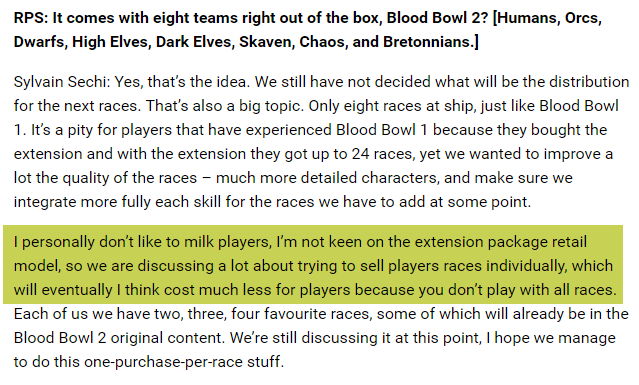 I want to draw attention to this particular segment. Because it *sounds* reasonable. Until you remember Blood Bowl 1 had eight teams out of the box. Way back when.

And yet… Staring me in the face is Blood Bowl 2: Legendary Edition. A name that sounds awfully familiar. In fact, if it weren’t for the 2, I could almost think… That name had been used before.

Oh. It had. Funny that, it was among the first games I ever reviewed. And I was positive about it because, unlike the previous edition, it included a lot of bang for its buck. So let’s talk a bit about back and forth, and editions of games already released.

Originally, there was Blood Bowl. It had less teams than the board game had at the time, but what the hell, it was a computer adaptation, and, for all its flaws, it was entertaining. And then Dark Elves were introduced as a DLC. 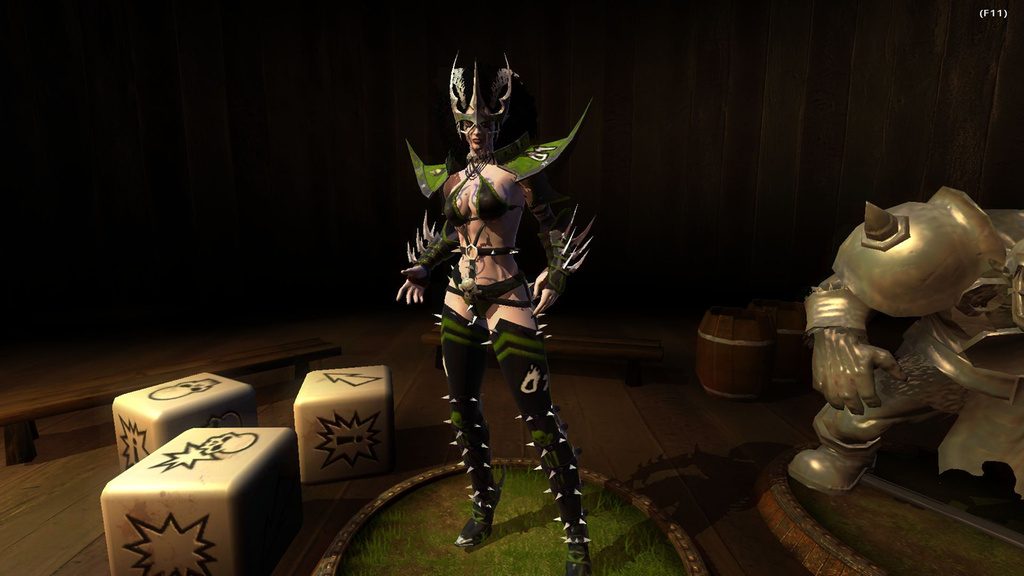 This was, as far as I recall, the main change of Dark Elves edition. The Dark Elves themselves.

Then… It gets a bit weird. Because that DLC then became an entirely new edition called Dark Elves Edition. The core of the game hadn’t changed immensely, there weren’t that many reworks, and, anywhere else, this might have been thought of as a content patch. A content patch that cost £15, £25 if you didn’t own the original Blood Bowl. Then there was Legendary Edition. Legendary Edition was perhaps the easiest to argue for, rather than against, as it reworked single player, added game modes, and, of course, had a silly number of teams for that £15 (£30 if you didn’t own Dark Elves) price-tag.

Already, I think you’re starting to see a pattern. Rather than large content patches, Blood Bowl was being re-released, either discounted if you owned the previous, or full price, once every couple of years. Your progress and teams, as far as I am aware, didn’t carry over. Each edition of the game was its own, separate install. Each one, eventually, was phased out in some degree or another by the next. This is, already, slightly problematic. Complicating this further is the fact that each had a different team selection, different single players campaigns, and the same base engine… Indeed, one of my criticisms of Chaos Edition was that certain bugs (The “missing player” bug, for example) had not been fixed since the original edition, and the quality had noticeably varied between editions (Chaos Edition’s campaign, for example, was worse than Legendary’s, and the League mode introduced as a new feature was… Painful, to say the least. No, I don’t want to fight Dwarf on Dwarf six or so times before facing other teams.) Multiplayer, meanwhile, largely only changed with the teams, as it should be.

And then there was DungeonBowl. Based on a relatively faithful port of what was, originally, a two page houserule set for Blood Bowl, it was cheap in many respects. £15 for a game that had extremely poor balancing, and design choices and map design that only aided and abetted the terror that was “Team with several Big Guys and a Deathroller forces you to watch as your team gets murdered for some shithead’s amusement, because the game only ends with a goal and it’s ‘perfectly within the rules’… Which is no excuse.” Oh, let’s not forget it also had the teams as DLC. Until it didn’t, reselling the game (And updating it for free for some users. Not all, but some.) 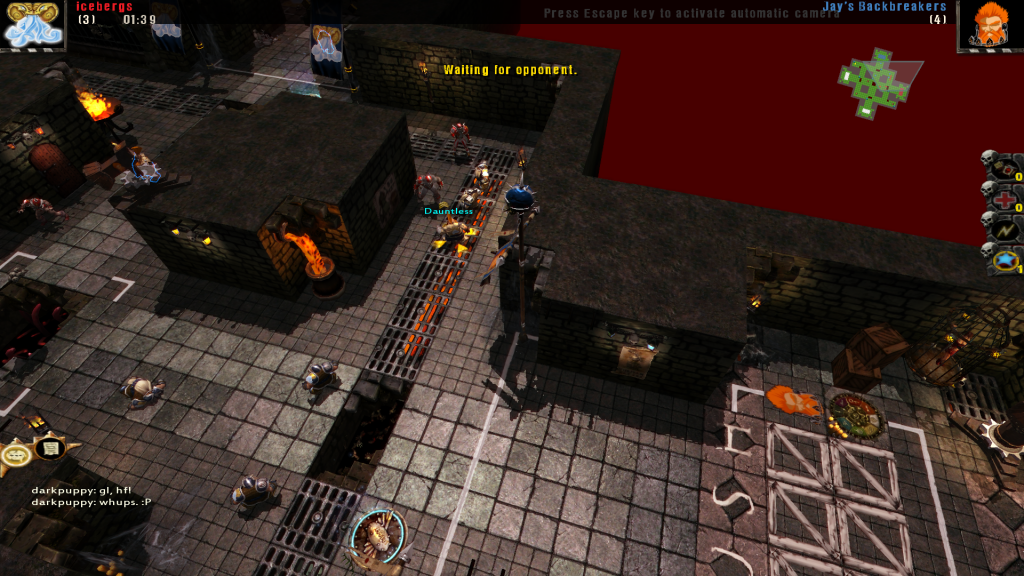 Then, there was Blood Bowl 2. I reviewed it. I tried to be as fair as I could. But deep down, it felt like Cyanide trying to have their cake and eat it, because, for all the talk of DLC, for all the upgrading, it was, effectively, resetting the clock and selling the teams as DLC afterward. Again. 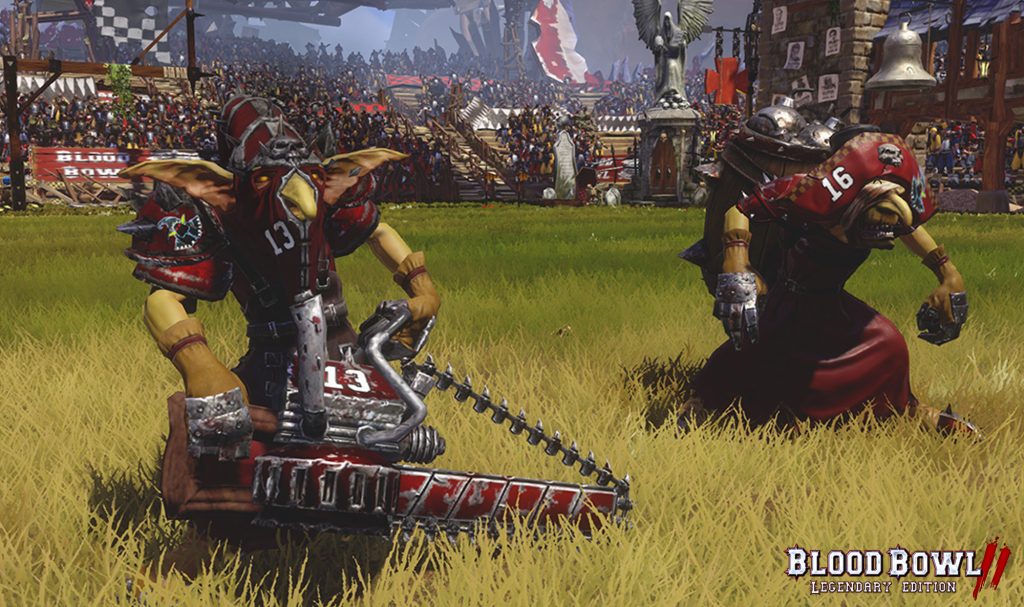 Yep, that most certainly looks like Blood Bowl 2 alright!

And now, Blood Bowl 2: Legendary Edition has been announced. Hey, all the races in the previous edition! New game modes and races for you to gawk at! New… No, wait, judging from the screenshots, I highly doubt it is a new engine. It’s a return to form. A return to form I want no part of. The original Legendary Edition somewhat restored my goodwill with a company that, in the Blood Bowl franchise, had been slowly draining it and continued to do so. With Blood Bowl 2: Legendary Edition, that process is complete. You can have your new gubbins. You can have your cake and eat it. Except I’m taking my ball and going home.