How far would you go to save a loved one, or a family member? In a world of magic, such as My Lovely Daughter, the answer is mass murder. But it’s okay, honest, because they’re homunculi, things created to be used and killed. Right… Right? 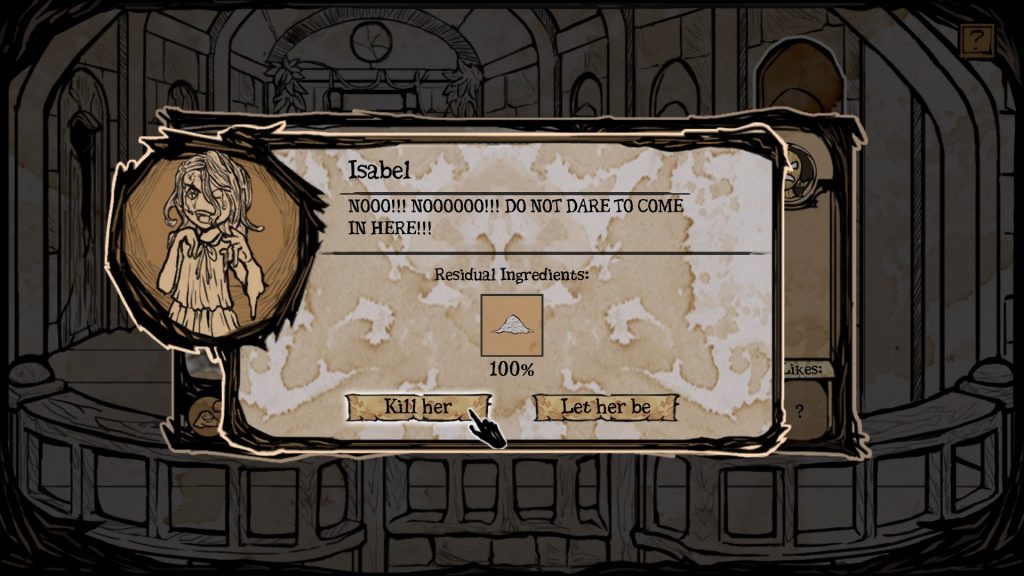 My Lovely Daughter is, described mechanically and reductively, a life-sim VN. You’re trying to earn enough money for upkeep (of the corpse of your daughter, and ensuring your homunculi don’t run away) by doing jobs for your fellow townsfolk (Because a pitchfork and torch up the strap often offends, and they have money) or selling them better materials (made from homunculus-daughters who have levelled up enough), in order to achieve the statistics needed for an ending (or the perfect ending, all of which are obtained by… Slaughtering homunculus-daughters to feed the stripped out soul of your daughter, and are essentially the Four Humours of greek medicine and their appropriate moods.)

Goodness me, there’s a lot of murder and tragedy hiding under that mechanical description, isn’t there? And this is part of why I’m so fond of My Lovely Daughter: It goes all in on the Gothic front. All of your homunculi daughters love you, in their own ways… But they’re often twisted by the emotion they represent (such as the Mud daughter’s attempts to seek attention) or the form they take (Don’t worry about your other daughters, kill ’em all, and we can play in the water together, daddy – Mermaid Daughter) , or indeed both (Poor Animal daughter… Already depressed, and people call her a freak for having a fox head on top of that. Rude!) The Alchemist Faust is, mysteriously, alive again after a spell of being dead, and… Well, the whole thing oozes of tragedy, well written tragedy, from that of Faust, whose ego drives him to force that soul back into his daughter’s body, again and again, to the homunculus-daughters (who are not all innocents, but are, in their way, the most blameless of the cast), and the townsfolk, outcasts all, each with their own secrets, their own stories to tell. 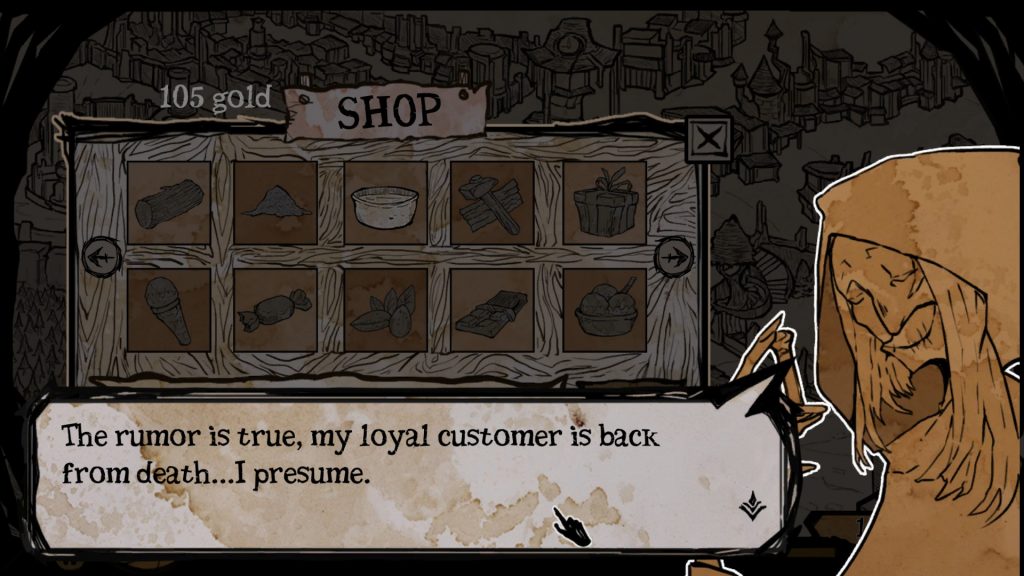 Oh, no, you must be confusing me with my daughter, I’m sure she shopper here t- ohwait.

So yes, I quite enjoy the writing. I also quite enjoy the art, being hand drawn sketches, reminiscent somewhat of woodcuts, with procedural stains of various types giving the impression of a run down, grimy world, a world of obsession that’s slowly winding down… And leads me to that eternal question: But is there anything you don’t like?

Well, yes. But not a lot. Mostly, the fact that everything can be discovered in a single night is sad, it’s true. The game loop being repetitive is not something I’m annoyed with, because on the one hand, the game loop becomes quicker the further you get into actively searching for those endings, and on the other, as mentioned, the game is relatively short. Are these, even in combination, enough to stop me from recommending My Lovely Daughter? No. I feel I’ve seen an interesting, bleak world, I’ve been allowed to play in it, to explore its gloomy environs, and gotten a good, tragic tale of gothic hubris into the bargain. I’ve easily understood how the game is to be played, and I appreciate how even the forced tutorial at the beginning is part of its storytelling. Like gothic horror? My Lovely Daughter is, I feel, pretty good. 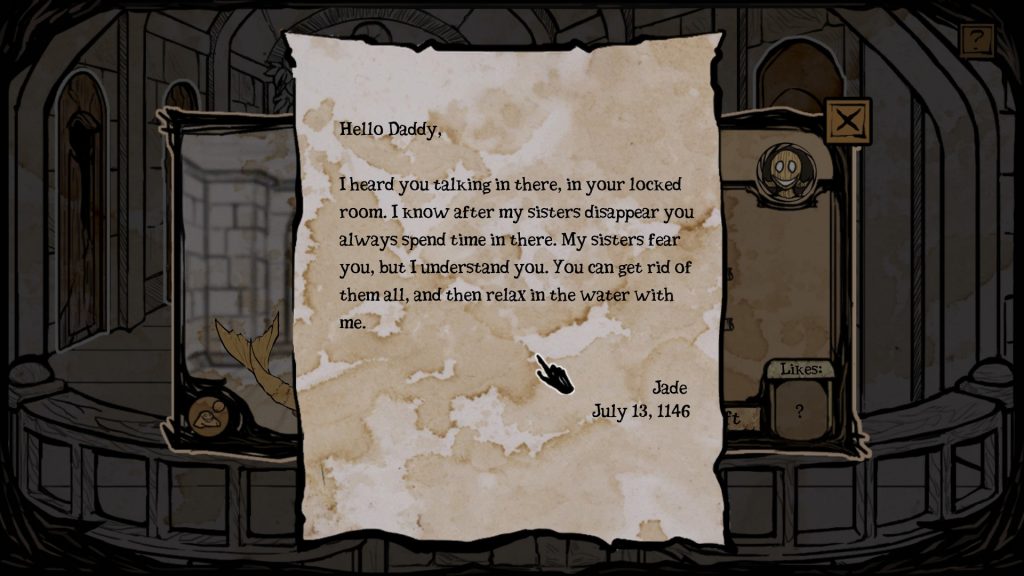 Er… Yes. I will play with you in the water, my daughter. Certainly. Later. Yes.

Having confirmed that he would be a bad dad, The Mad Welshman returns to what he’s good at. Moustache twirling.