Source: Cashmoneys
Price: £17.98
Where To Get It: Steam
Other Reviews: Early Access 2

Everything is broken. My atmosphere generators have caught fire, I have people trapped in the living quarters due to a planning mistake, and one of my astronauts is waiting in the airlock for a wingman who will probably starve a little while after Airlock Boy runs out of oxygen. Some of these problems are intended. Some are not. But most of them are hilarious either way. 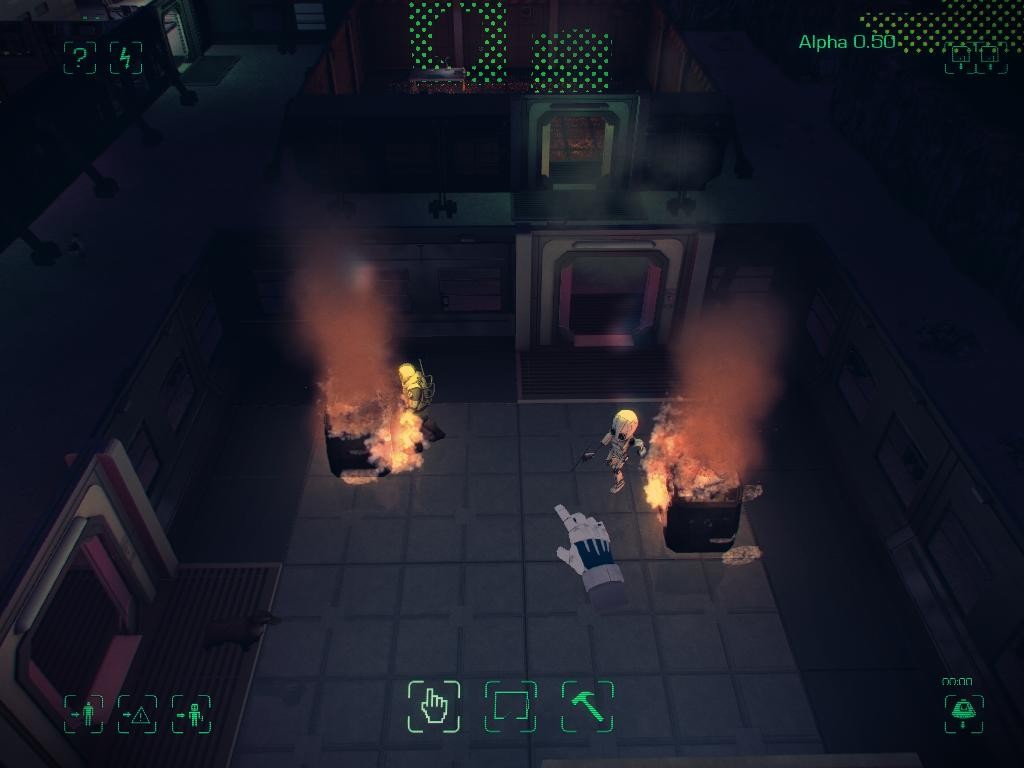 MAIA, a science fiction survival and base management game by Simon Roth and the MAIA team, has had a patch history almost as interesting as Dwarf Fortress. Chickens once flocked to magma vents as soon as a game began. IMPs would, in proper Asimovian fashion, try to do impossible jobs. Cats and dogs would walk on the surface of the incredibly hostile world (Called, funnily enough, Maia), with nary a care in the world that they weren’t breathing oxygen, but an incredibly volatile mix of horrific toxins. But for all that, the core idea has come across quite well, and 0.50 continues the trend.

The game’s AI, for example, has gone through some fixing. This is a good thing… And a bad thing for those of us who have been playing somewhat differently beforehand. Before, turrets were a curiosity. Now, they’re a necessity if you want your home to stay powered, as the local megafauna think that your outside buildings are either really good scratching posts, or things they trip over and get annoyed at. But let’s talk about what can be done in the game for a bit.

Essentially, right now, you control a small group of plucky (doomed) british colonists, who have somehow managed to survive long enough to build a small base in a rocky outcropping on the world known as Maia. Or, more accurately, you plan rooms, buildings, and mining operations, vaguely hoping that they’ll do what you want. That’s harder than it sounds. But it’s also more fun and challenging than it sounds. 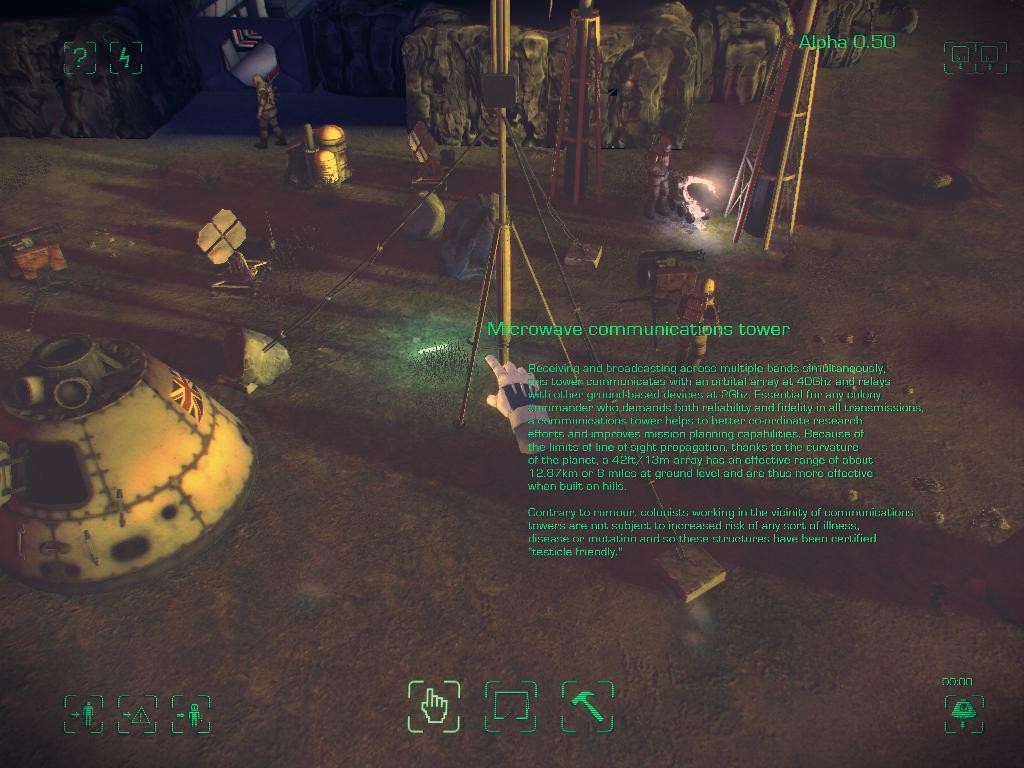 A little cluttered, but I don’t want MegaFauna using my towers as itch-relief.

For example, you need to leave room for your IMP robots (Yes, the Dungeon Keeper reference is intentional) to be able to expand the base. You have to make sure you don’t open the whole thing to the toxic atmosphere. You have to start from simple needs (Power and Air), working your way up the hierarchy (Air, Food, Sleep, Stimulation), and initiate research into the world that surrounds you. Right now, that process is mostly automated… But already, the first signs of having to ask your colonists to do more work than just putting things up are showing, with Necroscopy. All that is right now is being able to cut apart and study one of the Megafauna of the world, and, once your research level is high enough, build a reactor chamber and dope your water to help stop the colonists going stir crazy (Which… May have side effects), but research also already allows for better energy storage, better food production, bigger oxygen tanks… And a little something that helps save your colonists from endlessly having to repair things.

An intelligent servo-bot, currently equipped with a repair module. These little fellers will happily maintain your atmosphere generators… Right up until they develop a phobia of repairing things! 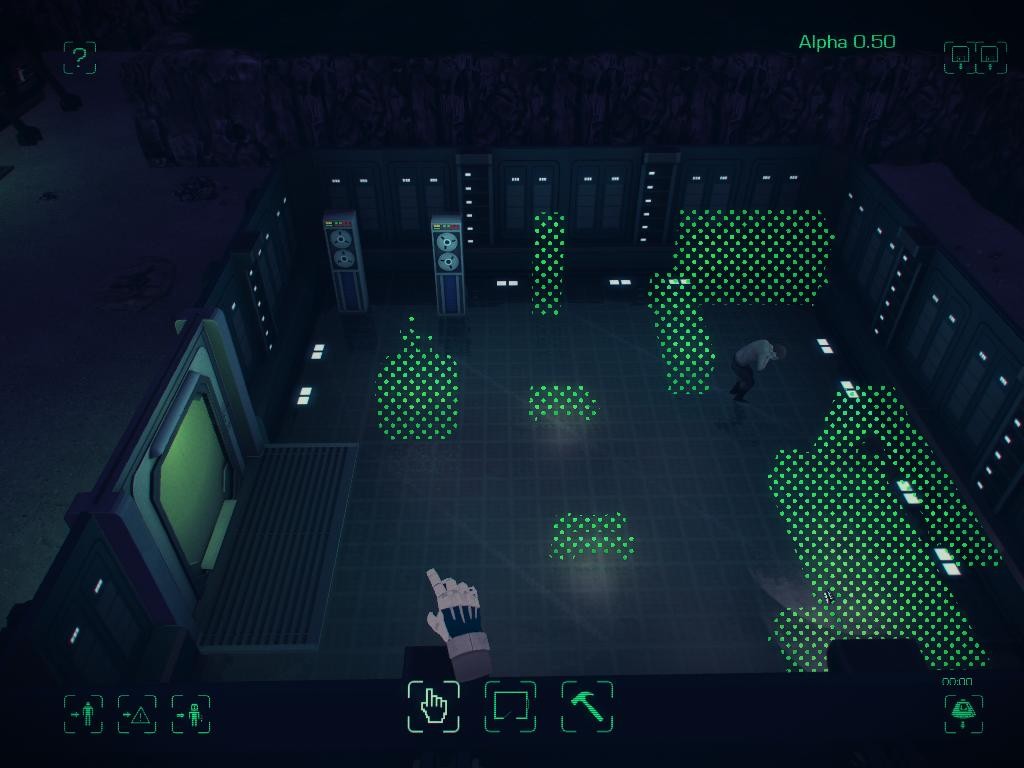 You can perhaps already tell, just maybe, that Maia is not going to be a game where things are safe once everything is built. From the beginning, team MAIA has talked of intelligent doors that refuse to co-operate, IMPs with a fear of the dark, things breaking down, things going wrong… And all the while, your colonists communicate with HQ in short messages and procedurally generated haiku. Pretty good ones, actually. It’s a black comedy of a game, which is why I’ve stayed interested throughout the Early Access process so far. The visuals and music pay homage, in their way, to 60s and 70s science fiction, with bulky space suits, tape-reel computers, and alien creatures that look goofy, but are threatening. The UI is quite minimalist (Although it does need a better way to examine completed research, and more clarity on which is LOAD, and which is SAVE), which is good, and the function of things is usually pretty clear, even when it’s currently “NOT YET DEFINED.”

So if you like the thought of a dystopian, understated, science fiction simulator with a fair dose of black comedy, MAIA is definitely one to keep an eye on. But be warned, as is often the case with Early Access games, there are bugs. There are problems. But they are definitely being ironed out, on a fairly regular schedule, and I’m pretty confident, by the time it’s done, that it will be a thing to behold.