Lost In The Dungeon (Review)

Source: Cashmoneys
Price: £4.79
Where To Get It: Steam

Lost in the Dungeon is one of those games where the art is quite nice. The intro cutscene is a short motion comic, and it’s nice. The card art is nice. The music, while a little bland, is nice. Obvious work has gone into the assets. 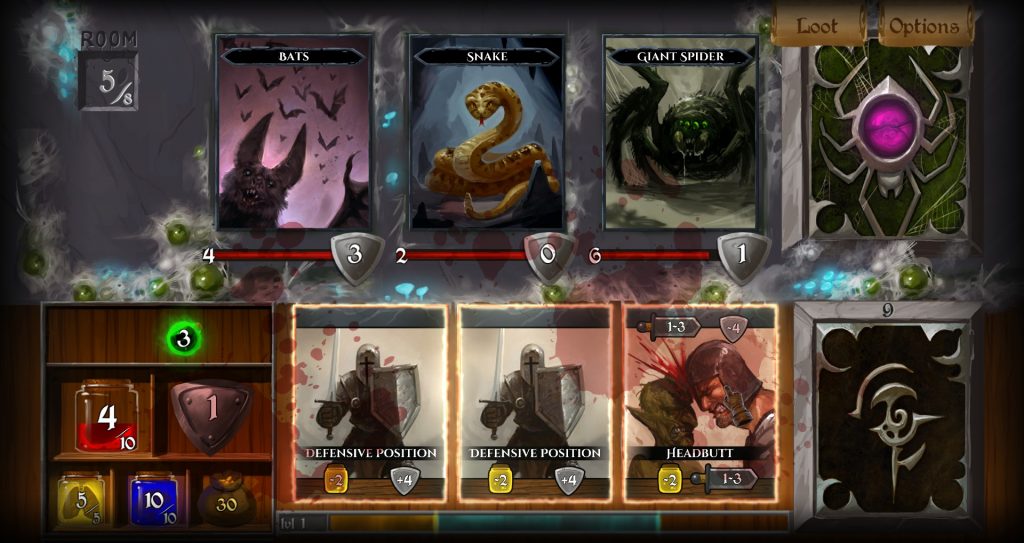 I will die in two turns, counting this wasted one. I feel, somehow, this sets the mood.

It’s just a terrible shame that not nearly as much was put into the game. Let’s start with the basics: Sound control? Sort of, you have music on, music off. That’s your lot. Windowed mode? Sort of, you can alt-tab to have a full screen window instead of full screen. Accessibility? Well, here, it sorta wins out, as it’s a turn based game, everything is via the mouse, and there are few enough options (with “Click again to confirm” on things like quit) that it doesn’t take terribly long to learn them. Forced tutorial every single time you start a new character, with no option to turn it off? Yup!

These are minor niggles, it is true. But these are, if you will, an aperitif, a little starter, for, regardless of your character class, the difficulty curve begins at “No fuck you.” And it surprises me how the characters fail in the early game, more than the fact that they do. 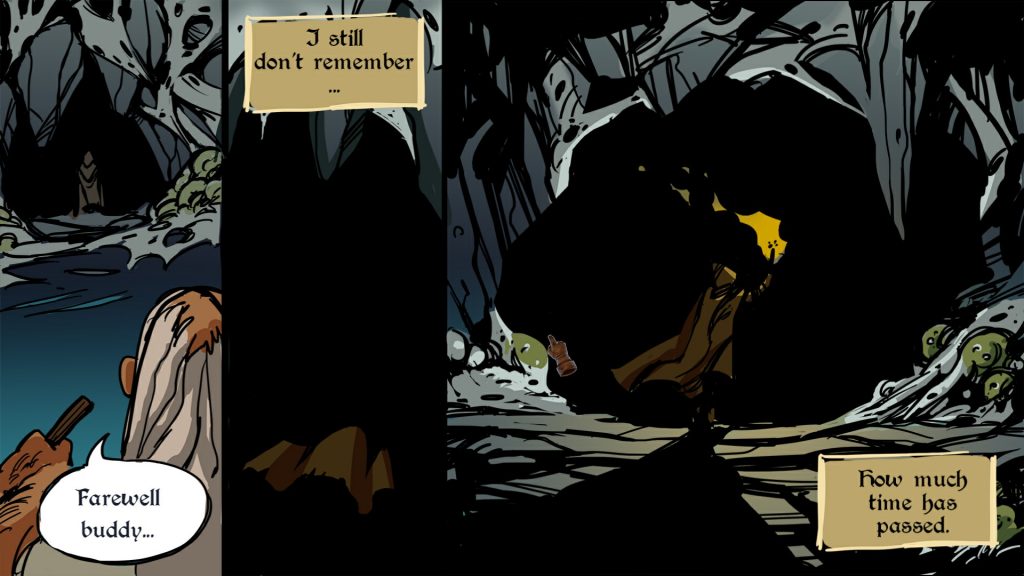 The warrior, for example, does great damage. Hell, when he has the energy to use his best attack, and rolls well? He cleans house, taking even the armour of giant spiders off (That’s 7 armour at start, as an aside.) But his own armour is very prone to coming off, not just because, when energy is low, he’s unable to do more than defend, but because enemies like removing armour in the first dungeon, and one of his best early options for quickly barrelling armour… Costs armour. This is before we factor in that poison and bloodsucking, two abilities common to enemies in the very first dungeon… Completely bypass armour. Hope you’ve got an antidote card handy for that damage over time with your health, friend, and hope the snakes and spiders don’t decide to poison you all over again, because antidotes and potions cost 5 gold a pop, even if you got ’em in your hand of 3 cards!

Okay, how about the mage? Usually, when the warrior suffers, the Mage makes bank, right? Well, they have superior armouring options, and a good spell for removing armour… But when it comes to damage, somehow, fireball does bupkiss. It’s got some damage over time, but you’re not going to get very far when nothing is dying and everything is still poisoning or leeching or attacking you. Welp. 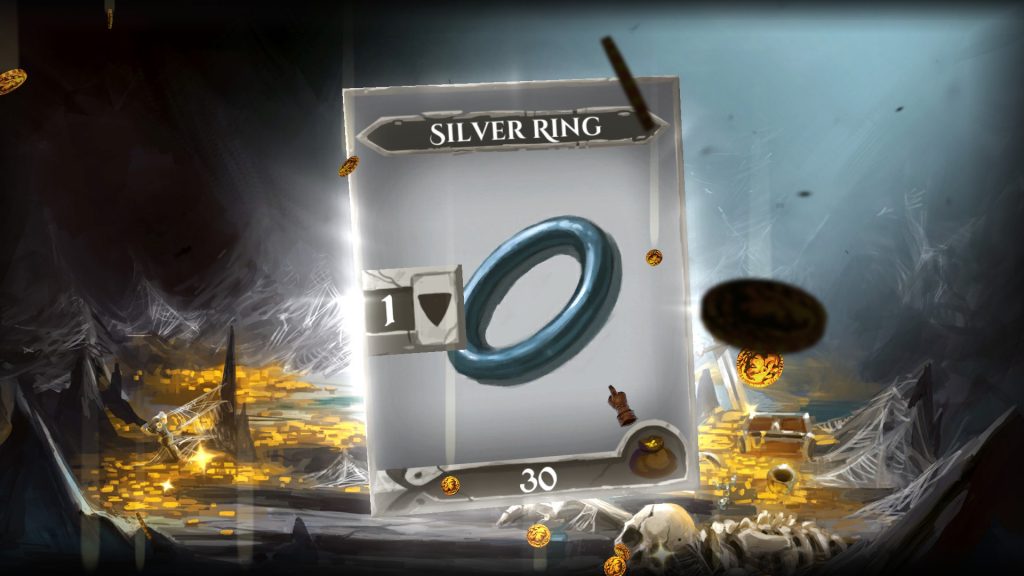 Be it vendor trash or new, good or not, the same, flashy presentation awaits your hard earned chests. There’s a lootbox joke in there somewhere.

I get where the game’s going with this. It wants me to grind those first few rooms of the first dungeon, again and again and again until I have Good Stuff, enough money for my potions and antidotes not to embarassingly run out (along with my money, making for a potionless grind of… The first few rooms), and some extra, better cards under my belt from its limited toolset (perhaps mixing classes, since there appears to be no restriction on that beyond… Well, starting from First Cards of varying utility. Thing is… I don’t want to do that. I don’t particularly care if it Gets Better Later (and I’m informed it does) , because what I’m experiencing now is some of the most painful, joyless grind I’ve experienced in a long time. And I’m not down for that.

The Mad Welshman is an adventurous type. He just prefers to be able to conquer early dungeons fairly easily. As tradition dictates.