The fruit and veg, it appears, has evolved rapidly to rule the world. A world that sure as hell ain’t Earth, if those dinosaur bones are anything to go by… But still, fruit and veg with guns. But the remnants of humanity are fighting back! 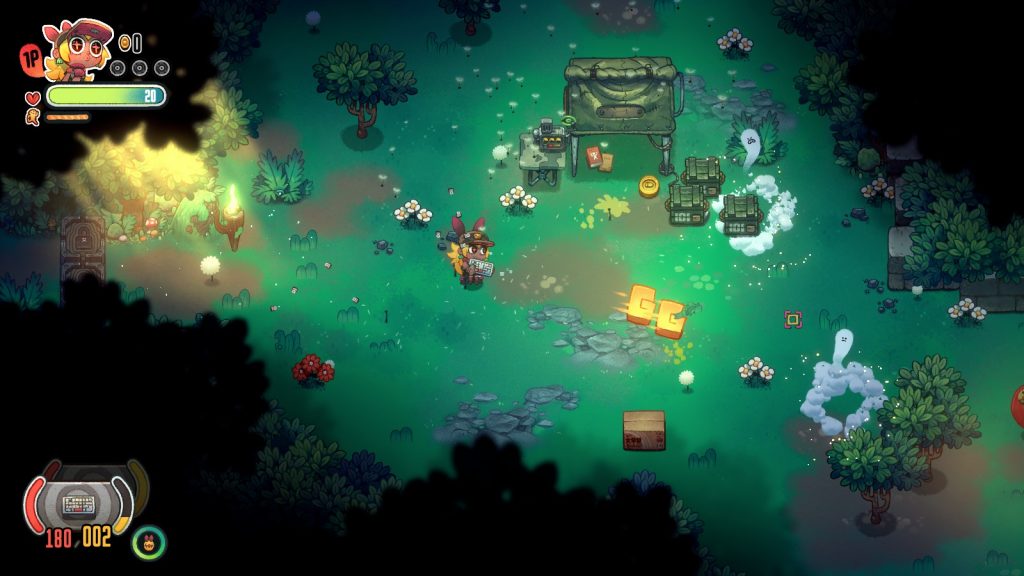 Yes, for you, the game is over, ghosts of enemies. GG, fruitthings. GG…

Ah, what an exciting synopsis. It’s a shame, then, that it’s a somewhat plodding game, in multiple senses. The game’s characters don’t so much run about as lightly jog, even plodding in some cases, the enemies fire… Occasionally? It’s about once every few seconds… And, while there is a dash, it’s a somewhat short one on a rather long cooldown. This isn’t, in the purely technical sense, bad design, as the enemies become more numerous, the weapon patterns and environmental traps more devious, and the game appears balanced around the speed it’s at.

In the more subjective sense, though? It feels like a marathon of attention, with the main killer being, essentially, too distracted to even notice the bullets among the chaos, be that from the effects of your own bullets, cloudy visual effects, or the fact that there’s several enemies on screen. 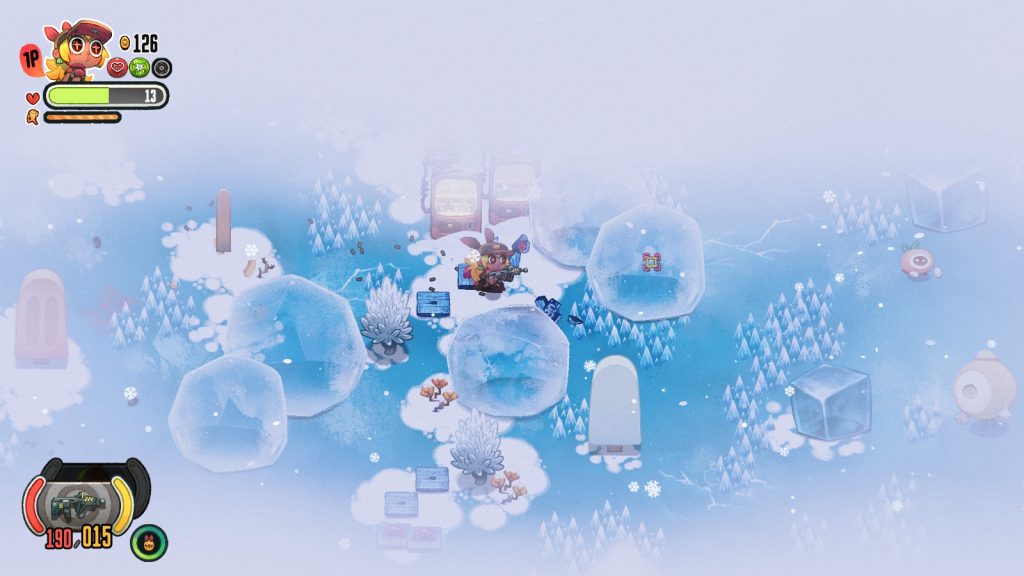 Spot the… Well, anything of importance.

Beyond this, unfortunately, it’s… Not got a lot of variety. Yes, there are many guns, but most are your average bullet shooters, with only a few (The cross-gun, which does hideous damage and multiple projectiles on impact too) of note, a couple of melee weapons you’ll mostly end up forgetting about, and a few that I assume are meant to be joke weapons (Such as GG, the keyboard that fires “GG” at people, hoho, or Steam, the gun that prints money when you hit things with it… My sides, they do split…)

Juicy Realm is not, strictly speaking, a bad game. However, its ideas are as staid and plodding as the game itself, and I don’t find myself particularly feeling much at all, whether I’m winning, losing, or even just plodding along. 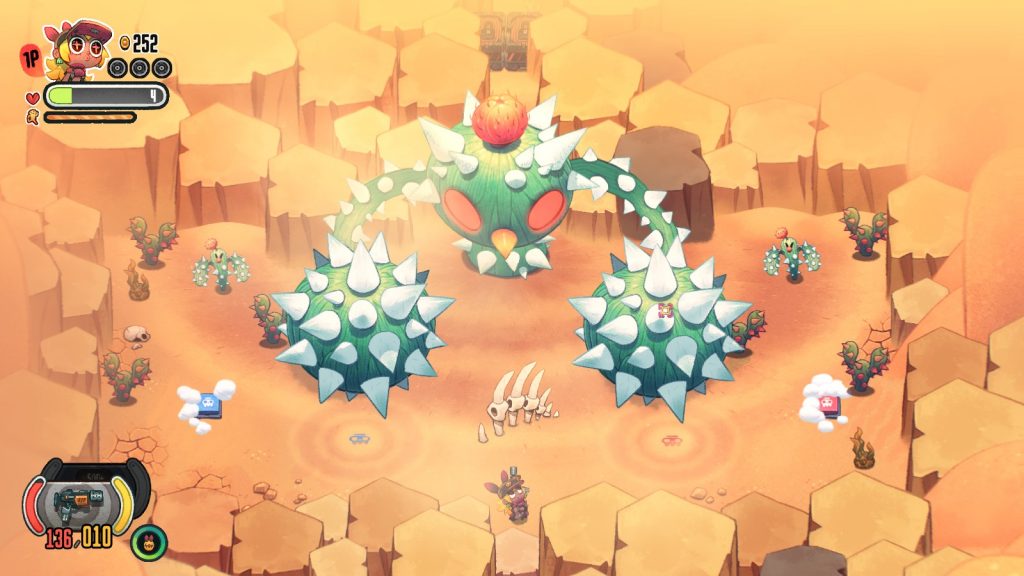 Thankfully, the boss arenas are clear enough that you have a pretty good idea what you need to do.

The Mad Welshman is, it’s true, a fan of good aesthetic. However, good aesthetic often involves enough clarity you know what the hell you’re doing at any given moment.