Guild of Dungeoneering is, in essence, a game about how impressionable and petty adventurers are. There’s more to it than that, obviously, but at its core, it’s about how a shiny thing, or an easy kill, is one of the easiest ways to lead an adventurer in a dungeon by the nose. In fact, the game counts on it. Because while there’s some things you can directly control about the illustrious (?) members of the Guild of Dungeoneering, where they go isn’t one of them. 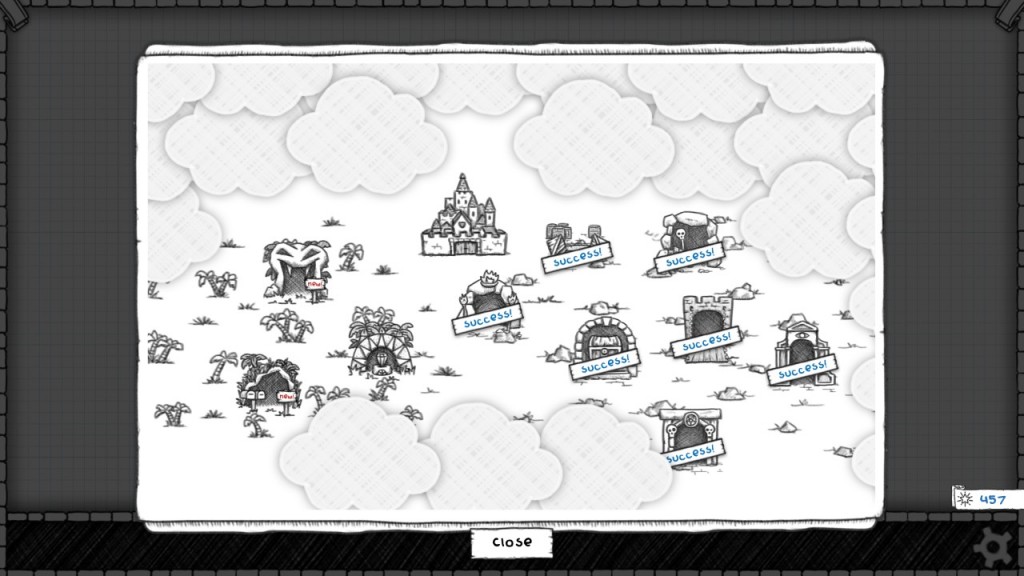 When you get going, you really get going, and reveal new dungeons to loot as you go!

Now, it’s not often I comment on the visuals of a game, but Guild of Dungeoneering hits a sweet spot with me, because the look of the game is a better version of how I used to try and draw my dungeon maps, back when I was a younger, harder working Dungeon Master. It’s charming, and a lot of effort has gone into making a seemingly simple looking game… Look good. Not in the “It is shiny, and has lots of pixels” sense, but in the sense that it fits the theme really well. It’s a small thing, but it counts for a lot, hearing the scribbles, and watching the map tile being etched into the graph paper that is the world of GoD. In fact, the feel of the game is amazing, and the music… Has to be listened to to be believed. On that, I will only say two things: The game is filled with Ye Olde Bardic Limericks like in the trailer for the game, and they are all pretty awesome, making the soundtrack (£4 or £5.59, depending on whether you buy the Deluxe edition, or buy the OST separately) well worth the purchase.

As far as gameplay goes, it’s again, fairly simple, but meaningful. Adventurers like, in this order, unguarded loot, a monster that will gain them sweet, sweet XPs, aaaand… That’s about it, actually, but the value of the loot is always a factor. Combat and loot, however, requires a bit more thought, because the adventurer will take the shortest path to what they want (Which can definitely be a bad thing) and the classes you choose have a bearing. Will you enter a dungeon with an Apprentice, who starts with no physical defences, but powerful magic? Or maybe a Bruiser, the thug whose spikey demeanour (or armour, it’s not certain which) is so cutting that blocking all damage means you hurt the enemy? And once you’re there, will you go for magical kit, or physical? More blocking, more damage, more healing? Simple choices, but they add up to make a challenging experience. Even putting down more map tiles may open up pathing options for your poor, dumb adventurers that you really, really didn’t want them to pick right now. 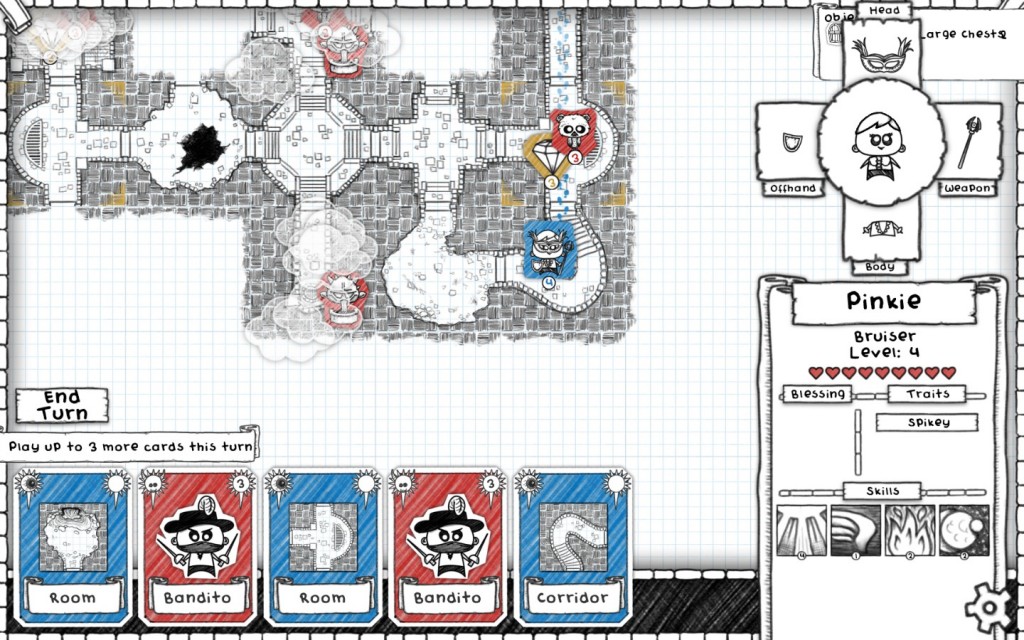 The more loot you get, the more powerful you are! Simples!

So, for all that I’m talking up the game, is there anything I would complain about? Yes, but it’s niggles. There is always the possibility of a fail from turn 1 (For example, the only dungeon tile card you have bridges you straight to higher level wandering monsters), but death of an adventurer… Has no consequence I can see, so feel free to abandon quest if you see that. Animations play at a set speed, and while I’m fine with it, preferring the tension, the option of speeding it up could be put in for the less patient (A concession toward this has been added to the game with the ability to turn icon animations off). It’s also slightly unclear when a guild expansion is going to close off building directions, so a little extra mention there would be great. But, as I mentioned, these are niggles. The difficulty curve seems just fine, as you get a feel for a dungeon and its challenges after only one or two plays, and the game is mostly pretty intuitive. In short, it’s the best idealisation of Monty Haul dungeons I’ve ever seen.

Want to spend around £11-£16 on something with charm, wit, and simple play that’s easy to learn, but hard to master? Guild of Dungeoneering is a turn based strategy game for you. But if you’re the kind of person who groans whenever you have to wait for a movement, or attack, or animation to finish because you want to play quicker, it might be a better idea to wait, see if animation speed options get patched in. Overall though, I think you can tell that I’m enjoying this a hell of a lot. Now, to send a Mime into a Boss Dungeon… Muahahahahahaaa… 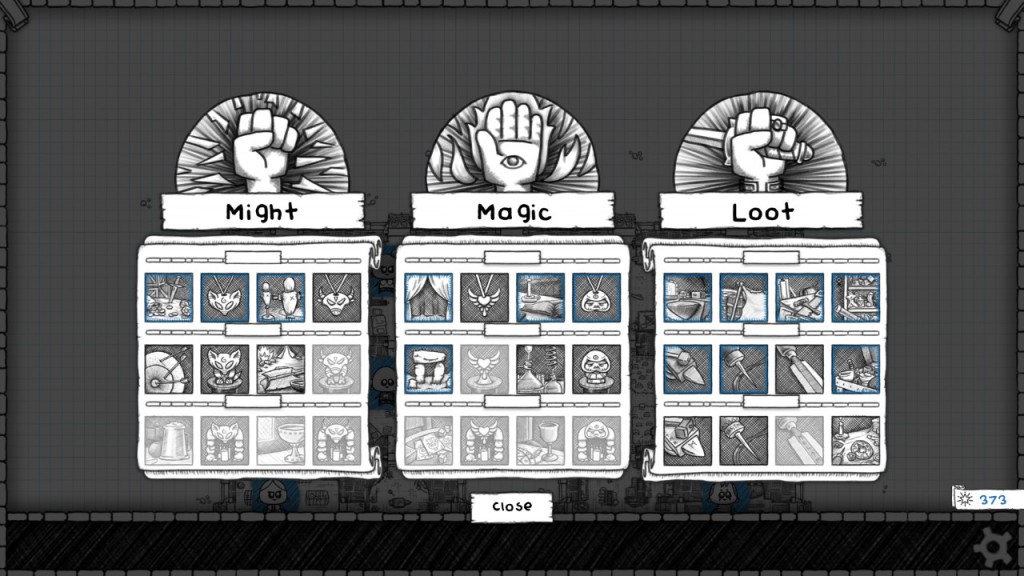 And, of course, the more you earn, the bigger and more powerful your guild gets!

The Mad Welshman was put in charge of The Guild of Dungeoneering, and within a week, the hero population dropped drastically. There is no correlation between these two events, honest.