Source: Cashmoneys
Price: £10.99
Where To Get It: Screwfly Store , Steam 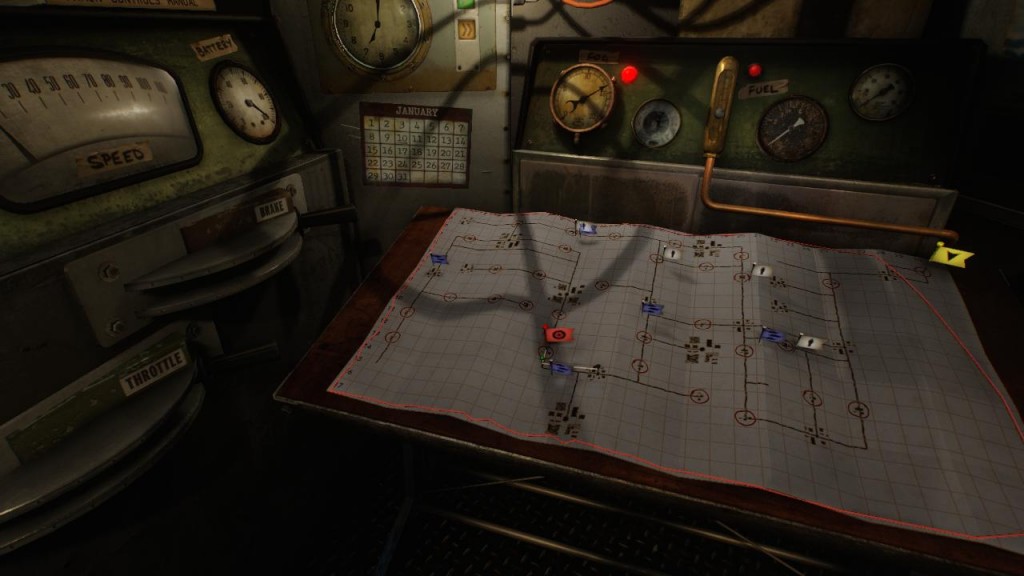 The map is one of three tools you’ll be looking at a fair bit. This is how it looks with Maxed Radio. :V

A little backgrounder before we begin: Screwfly have experience with strategic, procedurally generated survival horror games, with their first game being Zafehouse Diaries (Zombies!), and their second being Deadnaut (Eldritch Horrors From Outside Space-Time, Bug Hunts, Super-Soldiers Gone Wrong, among others.) Their games generally involve interpersonal relations, unorthodox control schemes that are nonetheless quite atmospheric, and hidden mechanics. Fear Equation is possibly the most atmospheric yet. Fortunately, I remain a filthy lucker. Let’s go through my first game to show both this, and why the game is worth checking out.

It began with a train. A steam train, from the looks of things, a junker… But thankfully, a sturdy junker with an emergency flare. This is always the first step: Summon some survivors with the beacon. It’ll generally be between 2 and 5, and the first group, at least, is generally cohesive. From there, the ride truly begins. A hellride through an unreal fog that makes nightmares real, with no guarantee of survival. I get three this time.

I look at the map… There’s a few buildings nearby, and so long as we go slow, we won’t run out of fuel doing so. I can plan where to go at any point in the day, but when we reach it determines whether we’ll have to stay the night. So I decide to hit up a small village along the way, with a Pub, a Supermarket, and a School in easy reach. My radio defaults to “Looking for Signs of Survivors” (HELP), but I switch it to Supplies. Believe me, survivors aren’t too tough to come across. Fuel, on the other hand, is going to be a constant worry. 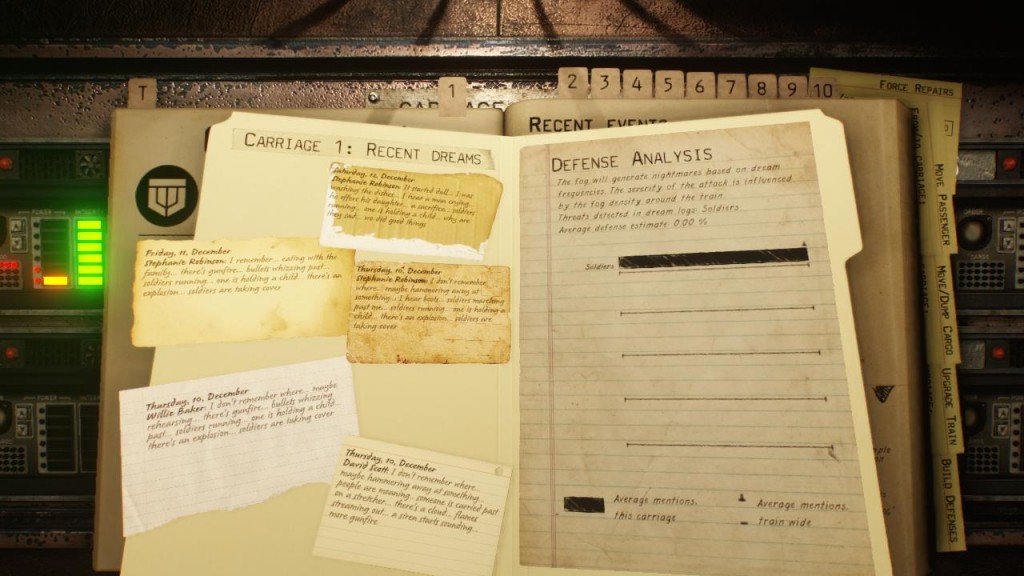 Always keep an eye on the dreams of each carriage. Preparedness means less visits from… THE SALESMAN.

Having decided my destination, I set up The Lottery. This train isn’t a democracy. I, The Driver, secretly control what’s meant to be random chance. I have to, because if people are sent into the Fog too often, or don’t get what they want, or just decide they think they can run the train better, they’re going to try and rebel. And I want them to survive… Even if they’re idiots. Right now, though, there’s no point. Starting survivors, with whatever skills they have, are going to have to make do until we find more.

With the lottery over, I can order them to do several things. They can move supplies between carriages, move people between carriages, and either build defenses against the coming nightmares, indicated by their dream diaries, or upgrade the train. The first night, I opt to improve my Radio. The bigger my coverage, the more of the map I can get a handle on ahead of time. I could have improved fuel, carriage strength, the amount of power my train generates, or even medical facilities… But I go for radio.

It takes two days to get to the village, and I’m attacked on the second night. This time, it’s spiders. Folks are injured. Not a good start. But the fog is, thankfully, still weak, and I try to explore. The school has survivors, and… The first group doesn’t want any of them. All four go to different carriages. Carriages with neither food nor defenses. Sadly, I can neither move them or give them food until the morning (One of the few flaws with the game), but, being both brave and foolhardy, I explore the other two buildings, and food is obtained for them. I don’t lose anybody, although I come damn close. 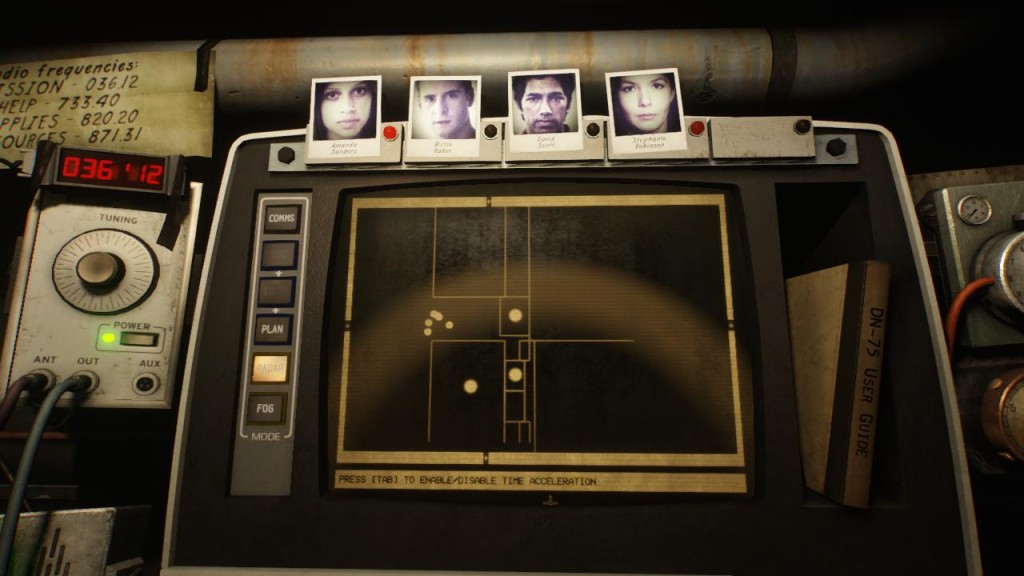 They’re going to die. At least one of them died that very second. And all because I was too gutsy.

Much like Deadnaut, I don’t have high tech equipment. Some LEDs, a barometer (Which shows how dangerous the Fog is getting), and a greenscreen CRT are my window to the survivors, and, like Deadnaut, it’s surprisingly tense to watch those little radar blips move around a building plan, with the radio occasionally telling me things (Mostly plans of sedition and cries to shut up about said plans.) I will never know what they face, and, in a sense, I’m glad. As it is, the Nightmares make me cower in the head carriage… I don’t want to know.

By the time I’m halfway across the map, I have lost some survivors, but gained quite a few more. Mostly, when I lost them, it was because I ran out of fuel. Running out of fuel is Bad. Not only are you defenseless, you have to send your survivors out to gain fuel in the middle of nowhere, and they are much more likely to die. I’ve had attempted rebellions, things are tense… And there are flags on the map. I find out what the flags mean in short order…

…They’re the military. And, for some reason, they don’t want me to leave. They bombard the train. Luckily, nobody is injured… But there are more flags on my planned route.

There’s more, of course, but this is the game. You grab what survivors you can, make compromises and enact dirty tricks to manipulate the survivors… Sometimes, you deliberately send people to get killed to quell rebellion. The Driver is an Old Testament God. Maybe this ark will save humankind… But you can guarantee that sacrifices will be made. 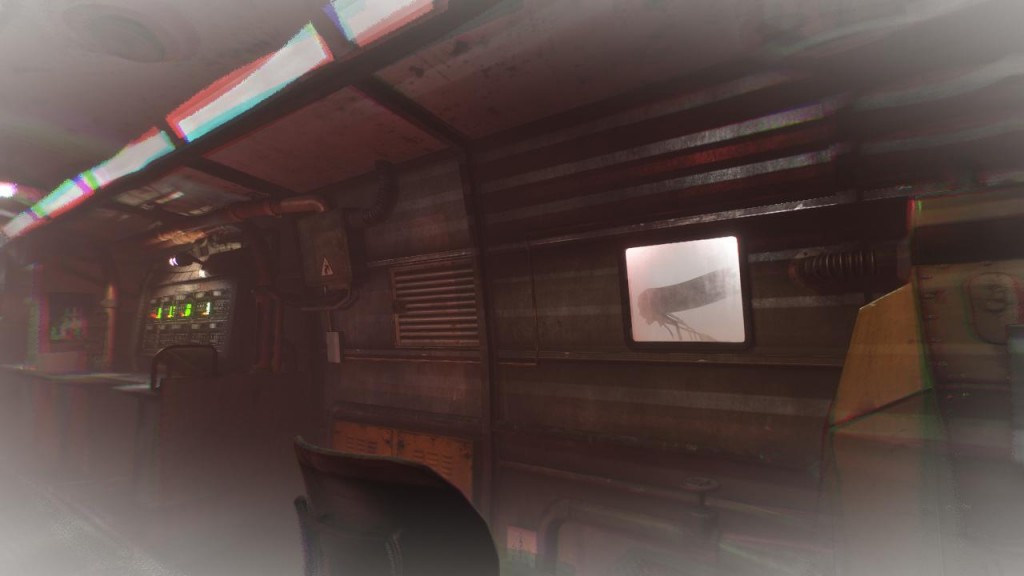 Nightmares… Are real. I only hope we propitiated the dead enough.

If you like strategy games with unorthodox UI, atmosphere out the wazoo, and the feeling of commanding lives from a distance, maybe Fear Equation is for you. It’s definitely not for everybody, but it’s worth at least a look in. There are lots of things I haven’t mentioned, like the variety of fears (from Soldiers, to Chinese Ghosts, to the SALESMAN and The Engineers, each with their own atmospheric touches), special crew (Who fully upgrade a section of your train as thanks for rescue), and other fun stuff.

The Mad Welshman sighed as he looked at the lottery card. Taking his eraser, he rubbed out the name of the new folks, and added in the troublemakers. There were four buildings here, a rare opportunity. Either they’d prove themselves, or they would die after bringing in some useful supplies. So long as The Train survived…