Source: Review Copy
Price: 79p. Yes, you heard that right. £1.99 with the artbook and soundtrack.
Where To Get It: Steam

Never let it be said that developers don’t know what works for them, at least some of the time. Once again, Sometimes You creates something cheap, simple, and logical, involving making things add up. But don’t worry, math phobes… This time, it’s colour matching, not equations. And I say that this is okay without a hint of sarcasm. 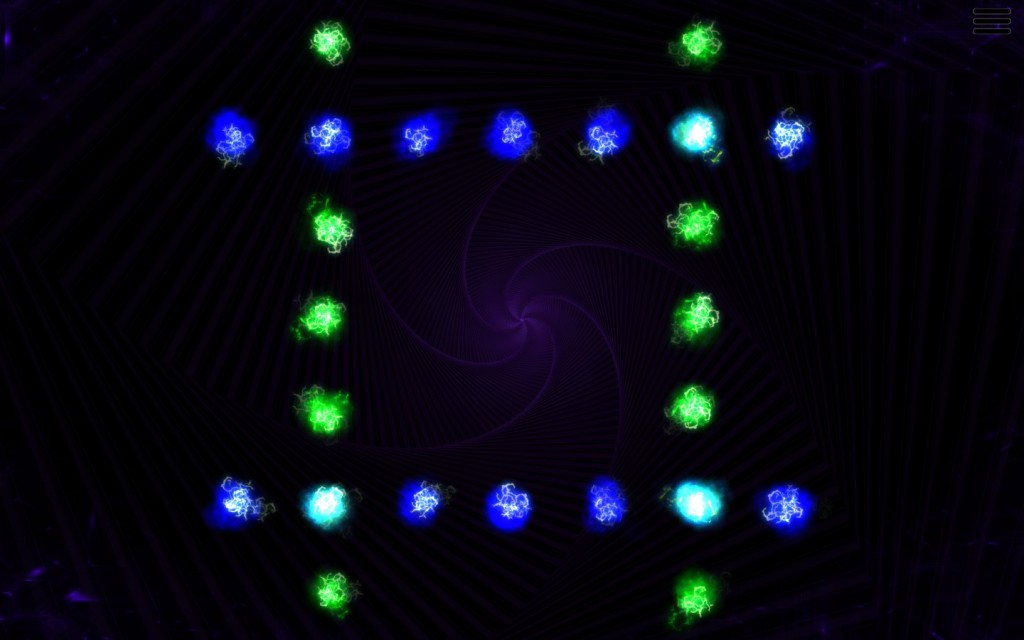 This is an example of how you start a puzzle…

Essentially, there are rows and columns of coloured blobs. Clicking one of those rows or columns changes the whole row or column, and you want them all to be one colour. Nice, simple, easy to understand. It’s enough to make a critic’s hair come out in clumps. After all, it works, it’s cheap, it’s fun. That should be ideal, right? I can even point to it and say “This is for people who like logic puzzles, don’t need to worry about story… Oh, and digital art of some flavours of sci-fantasy abstract cats of varying quality is in there too, so… Maybe cat fans?”

But we love our words. We love having things to say. What, in the end, can we say about a game so simple, so deadly simple, that if the developer fucked it up, we would feel pity? Oh, they didn’t, by the way. Last time, I talked about aliens and their strange foibles. This time, I think, we shall meditate on colour blindness. 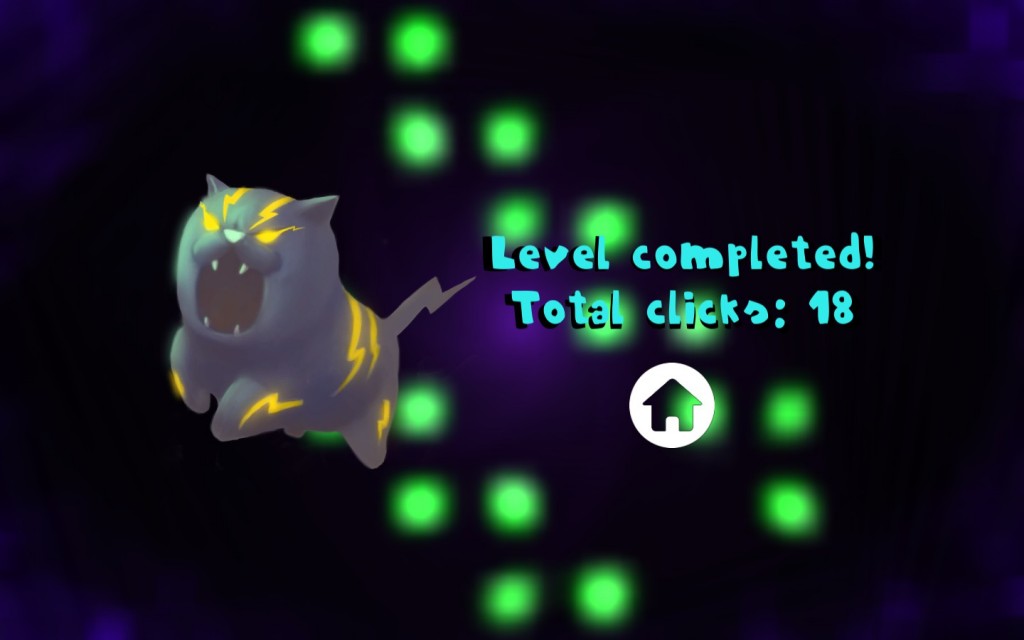 Colour blindness afflicts many of us. It makes certain games unplayable, and developers either know how to deal with it, or they find out they have to learn, quite quickly. Games have lived or died on the colour blindness vote. Energy Cycle, I am happy to say, is distinctly colour blindness friendly. A black background, with swirly bits. The plasma balls that form the puzzles are one of (at the beginning, at least), three colours, all very distinct in terms of hue, all brighter than the background by far, all fairly saturated. The only part of the screen that isn’t terribly clear is the little menu button in the top right, and I fully expect that can be fixed quite quickly. I even trust Sometimes You will do it, too… They seem quite considerate like that.

Musically and visually, the game is, in a sense, dark as heck. The plasma balls aren’t, but the digital cats are all ferocious, the music pumping with square and saw waves, dark pieces of electronica that pulse to a seemingly authoritarian beat. Combined with the swirl behind the level select screen, it seems to cry “OBEY. OBEY YOUR CAT OVERLORDS.” I laughed, when I realised what dirty tricks the designer had put into level 6, which has almost every single little ball affecting both a row and a column, as clicking intersections shifts both by one colour. And I understood the logic behind it. 18 clicks, fuckers. I reckon that ain’t bad. Similarly, there’s a time attack, a level editor, and they’re all really accessible. 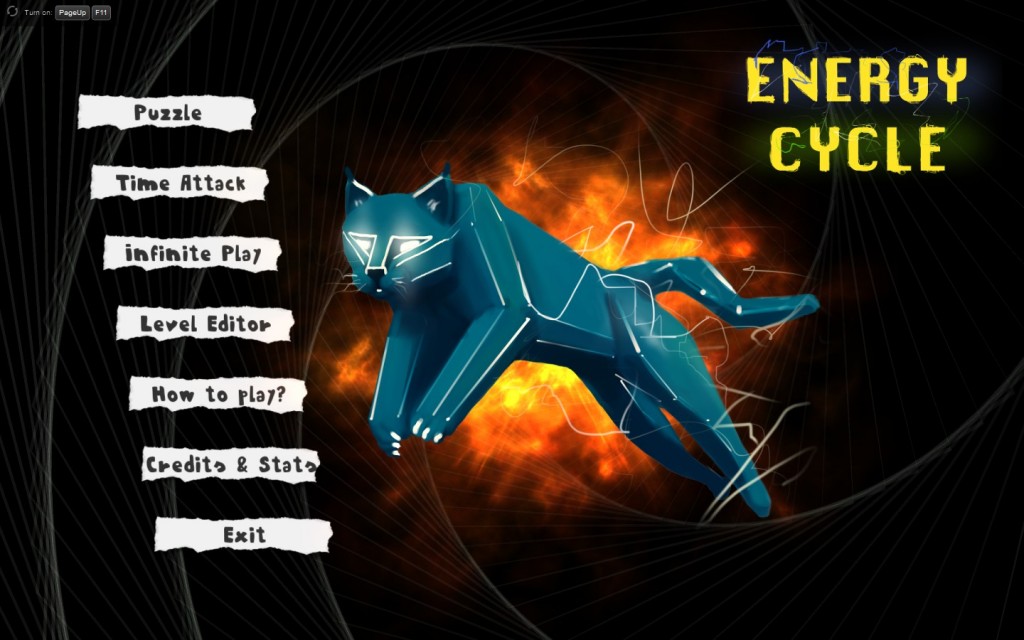 There… Really isn’t much more than this, so have another cat, this time from the title screen.

I like Energy Cycle. It’s hard not to, because it’s cheap, it’s simple, it’s accessible, and the developer still had room to put their own little stylistic touches in that I can say, without any fear, are theirs. For its price, for what it is, I’d say the game is exactly right. Fair dos, it’s not often I get to say that.

The Mad Welshman is totally not a front for your secret cat overlords. Meow.