If it weren’t for my party, I think I would have given up on Dungeon Kingdom: Sign of the Moon long ago. They’ve revealed dungeons to me, told me about buttons, and, in at least one case, showed me where a puzzle was that I absolutely needed to progress (And hadn’t found in any of the previous updates.) But I can’t help but think a middle ground between “Tell me where things are (occasionally)”, and “Give me one line in dialogue and another in a book to clue me into a puzzle’s existence” would be helpful. That this is true for more than one aspect of Dungeon Kingdom is, sadly, damning with faint praise. 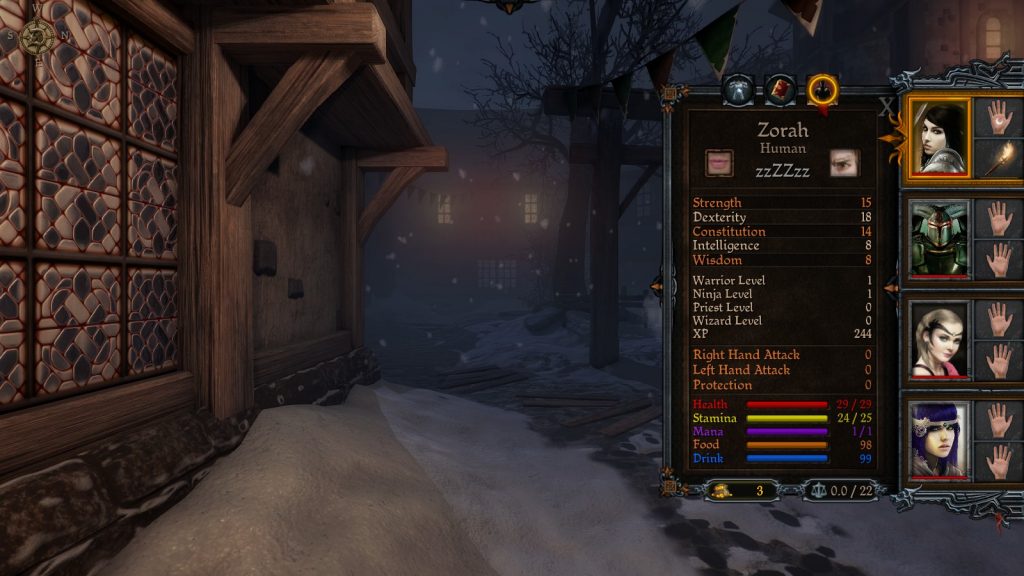 Ninja, Warrior, Priest, Wizard… Where have I seen those before… *Think*

For all that a lot of effort has clearly gone into the environments themselves, with lovingly rendered caves, temples, and towns, and again, work has clearly gone into the various character portraits we encounter, a game is the sum of its parts, and what fills these environments and character portraits is less than impressive. My last session was a couple of hours, but in that time, I had progressed from a kitchen knife to… Er… A slightly bigger kitchen knife, wailed on rats and bees for what seemed like hours, gained four spells (Three of which I had discovered simply through experimenting), and kicked myself as I missed out on a bashable wall, before reminding myself it took several swipes to knock it down.

I’d also met a high priestess Bavmorda, who was obviously up to no good. This shouldn’t be too surprising, considering the naming seems to be geek reference heaven. The priestess Eilistraee, taking a break from being the deity of Good Dark Elves and Hunting. The dark knight Astaroth, in no way a duke of Hell, honest! The list goes on, and… This reminds me of how the game goes on. And on. And on.

This is the oddest problem… A step-based RPG that feels too slow. And it’s obvious there’s time pressure, as the developers have taken leaves from the Dungeon Master book pretty much wholesale… Character recruiting is the Recruit/Resurrect mechanic from both Dungeon Master games, the classes are exactly the same, the emphasis on puzzles is exactly the same… And both food and water meters are present. Oh joy. Oh joy of joys. And yes, that was an incredibly tired and sarcastic “Oh joy”, because, outside of a setting that demands it (Dark Sun, for example), I do not like water meters. I haven’t seen a desert, and don’t think I’m likely to. In any case, that’s your time pressure, as while water is largely unlimited (Making it just added tedium), food isn’t. I have yet to see a “Create Food” spell. So the game is, much like Dungeon Master, very much a case of “Save Early, Save Often” (And use different saves, obviously.) At the very least, you’ll want to save before hitting the inn to avoid the long walk into town. 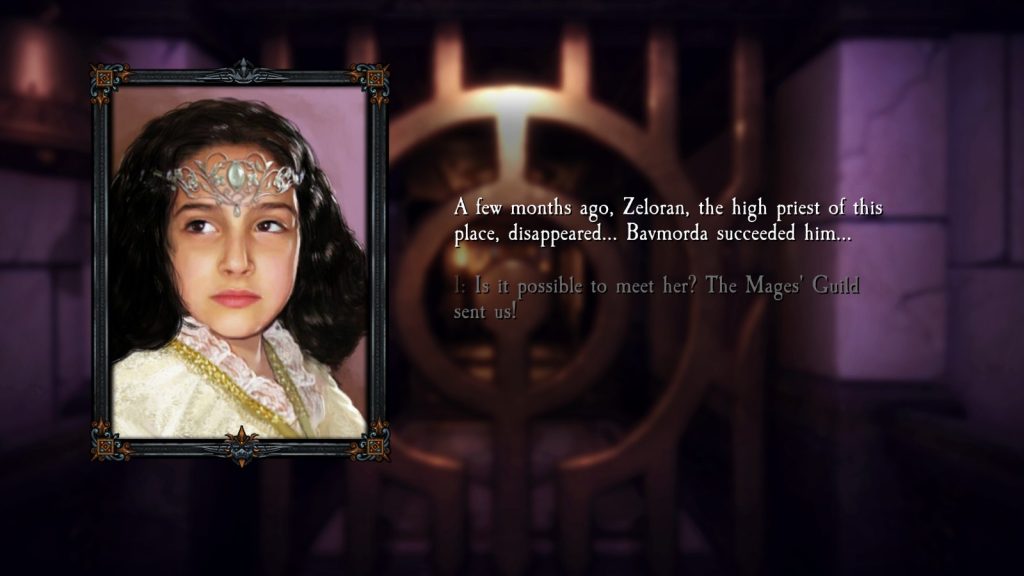 No, really. Bavmorda. Luckily, we’re all pigs anyway, by virtue of being adventurers!

This, in essence, is my main problem with Dungeon Kingdom right now… That there is potential, but it’s also got a lot that has me saying “Meh.” I hit things, and honestly, only the bashable walls react. Throwing things, oddly, involves physics where good placement is often important. The music is generic, and what voicework there is, is often flat or poorly directed (“Big… Trouble…”) There are awkward moments where it’s not very clear what to do, even with very simple instructions (Stand facing the entrance, and I will come back. What this means is “stand in the next tile along for a little while, which is facing the entrance of the place you have to go, and I will come back. Nowhere else counts, nor does any other direction), and the story… If I didn’t know Bavmorda was evil, or at the very least suspicious, I would have to find confirmation in… Everyone’s private quarters. There’s no consequence for looking at them, there’s no challenge in looting them, but you have to know, ahead of time, that this is old school enough to expect you to do this. The game also assumes the main hero(ine), chosen by being… The first character you pick is a man in the intro. Whoops!

Dungeon Kingdom: Sign of the Moon is undeniably pretty. Some of its puzzles are actually quite good (Which races don’t bow down? Oh, I get what you mean there, haha!) and the developers have made strides in making the game somewhat more accessible with the aforementioned Party hints, a map system, making the food and water meters go down more slowly (Yes, I did notice, and am grateful.) But it feels slow, it seems to progress quite slowly, and it seems to be learning the wrong lessons from Dungeon Master and its ilk. 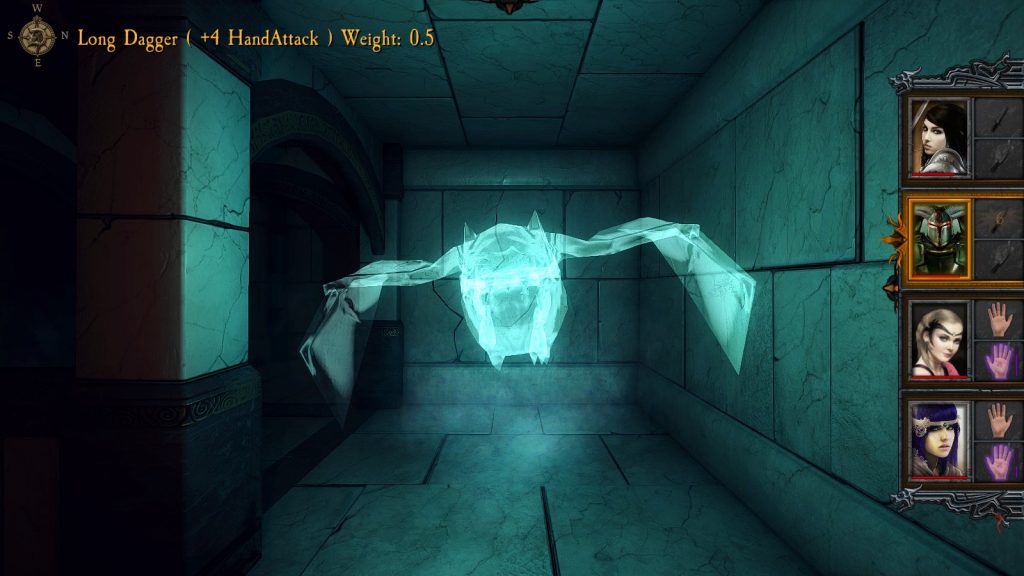 Monsters will attack, but not always consistently. They generally won’t respond to being hit until they die. Also this is a ghost bat. I thought I’d best mention that.

The Mad Welshman peered myopically at the scroll… Damn these fantasy worlds and their lack of Opticians!