The dark future, it seems, involves pretty numbers going up. Also shooting people in the face, sometimes nauseating camera, and strange facial proportions. With Defragmented, the time comes to play a reviewer/critic’s game called “What am I deliberately ignoring?” 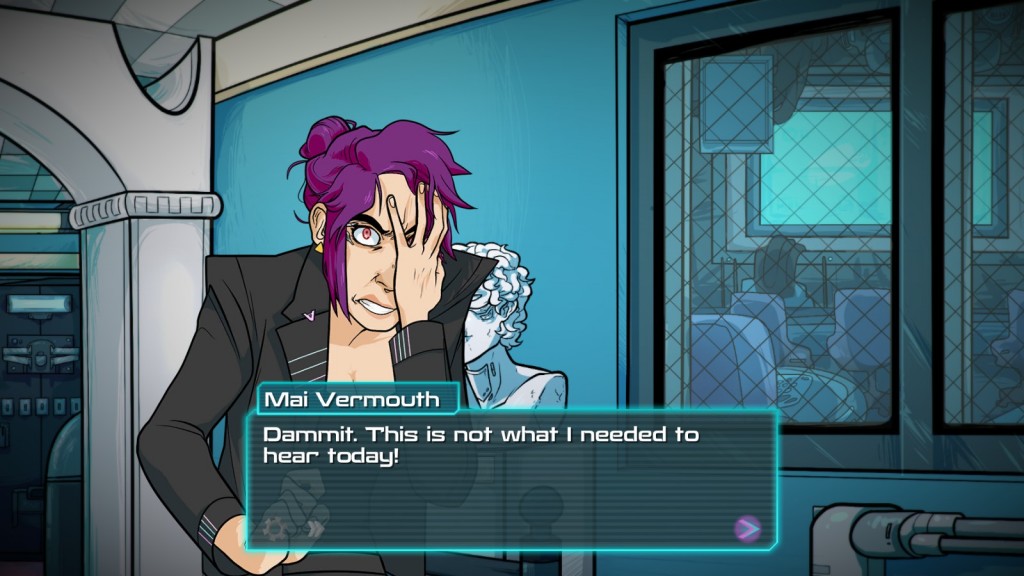 I love the expressions… It’s just the odd facial proportions that turn me off. And yes, that probably isn’t what you want to hear today, Mai.

Defragmented is meant to be a cyberpunk Hotline Miami, where death is quick, restarting is just as quick, and you’re scored on how quickly you killed your targets, how little you died, and how thoroughly you looted everything. There are, however, problems, and one of them is that it also expects you to use special RPG abilities, level up, switch inventory, and read a plot that doesn’t appear to change with your class.

Oh, did I mention there are classes, with different abilities, different starting weapons, and this… Doesn’t seem to really matter in the long run? Silly me! Yes, you shoot with left click, throw grenades with right click, open things and push things with E, hit things up close with, er… Q… And abilities on F. This would sound fine, if it weren’t for the required action time. Specifically, the moment an enemy sees you, they’re going to fill the screen with tracers, and odds are you’re going to die. Other reasons you might die include “The enemy spotted me from a long way away” , “My ability/gun didn’t do as much damage as I thought it would” , and “Something was blocking the use of my ability/gun that I didn’t quite see because it blends with the wall/floor.” 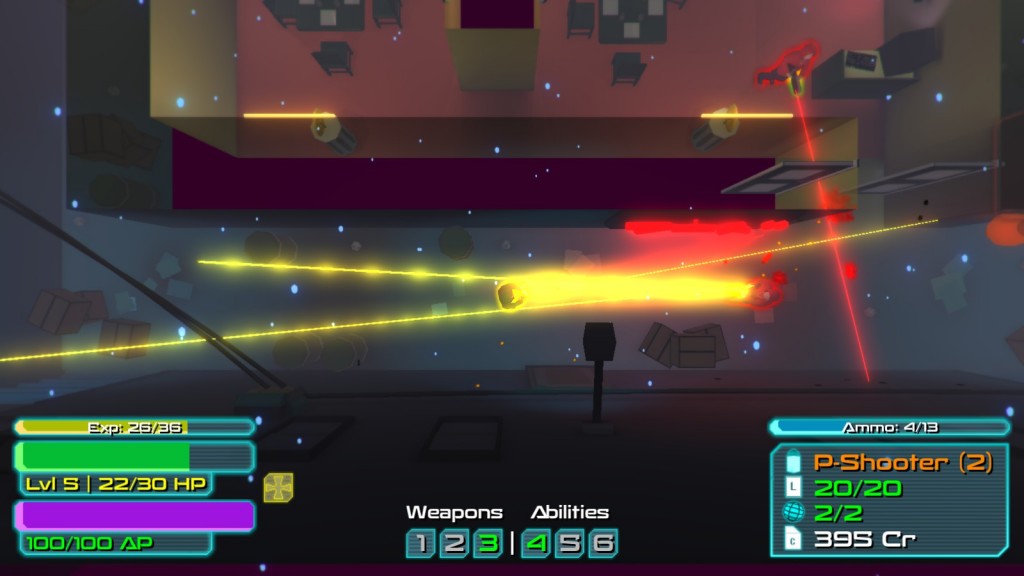 Pictured: Just some of the confusion that’s going to arise. That’s just one shooting. Go in the front door, and anything up to three folk will do this.

Why doesn’t it matter in the long run? Because most of the abilities are very, very situational, whereas a) Having a gun with bigger numbers, and b) Shooting them repeatedly before they see you nearly always works. Nearly being the operative phrase, because guns have accuracy, which means… Sometimes they won’t hit. Meanwhile, loot is procedurally generated, which… Isn’t terribly useful. Similarly, perspective camera isn’t terribly useful because it then moves around your mouse pointer, and aiming becomes somewhat different, which… Is not recommended when you have maybe half a second to kill the other person before they kill you. Or when there’s an open elevator pit in the near vicinity.

So this, in essence, is the core problem. The only thing that’s really reliable are enemy positions. Loot is procedurally generated, so you could go several levels without a decent gun, the offensive powers don’t seem to scale with the enemies, and melee is… Largely ignorable, due to a similar unreliability. Special abilities, similarly, can be decidedly iffy, to the point where relying on them is a bad idea. It’s a game I want to like, because it has some cool ideas, some interesting designs, and a moderately entertaining story in which the Via Ascensio, home of Cyber-Psychics, is trying to overthrow the Ascended Council, who are corrupt conservatives. Okay, it sounds a lot better in the game, as does the music, but… The game’s got a bit of a conflict going on between its need for twitch, and the more thoughtful end of things, and this is leading to difficulties. Perhaps if the enemies didn’t react immediately, that balance would be a little bit more in favour. But while it’s entertaining, and tuneful, I’m not a fan of either enemies who can shoot you from off screen (Mission 1-2, even with the camera changes in a recent patch), or the uncertainty that any of my plans beyond “Shoot it a lot” will actually work. 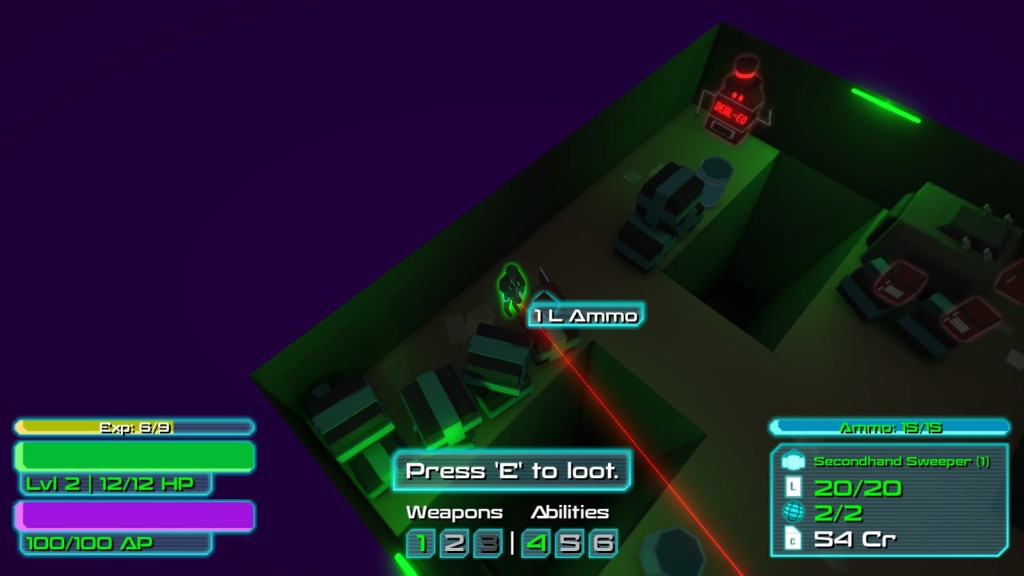 I definitely don’t grudge the simple visuals, but the camera (And the neon) takes getting used to.

But who knows, maybe you’ll do better than I, or see what I’m missing here. After all, for all that it’s hard as nails, and the dying in the same places can get frustrating, death doesn’t really have a consequence (You just restart the mission instantly), so it can definitely be completed. I just wish it didn’t feel like difficulty for the sake of difficulty.

The Mad Welshman can always count on Deal-EO. Powers, politics, safety… None of these things could be trusted. But Deal-EO gave him the other thing he trusted. Guns. Lots of guns.