Source: Cashmoneys
Price: £1.99
Where To Get It: Steam

“Wait… A Wolfenstein 3d style, raytraced first person shooter, in 2017?” I asked myself, as I looked at Cyber Utopia, a game with some lovely stylings on its splash screen, but, alas, once you get into it, there’s a failure to understand that what made the Wolfenstein games and their successors so annoying at times should maybe, just maybe, have stayed in the past. 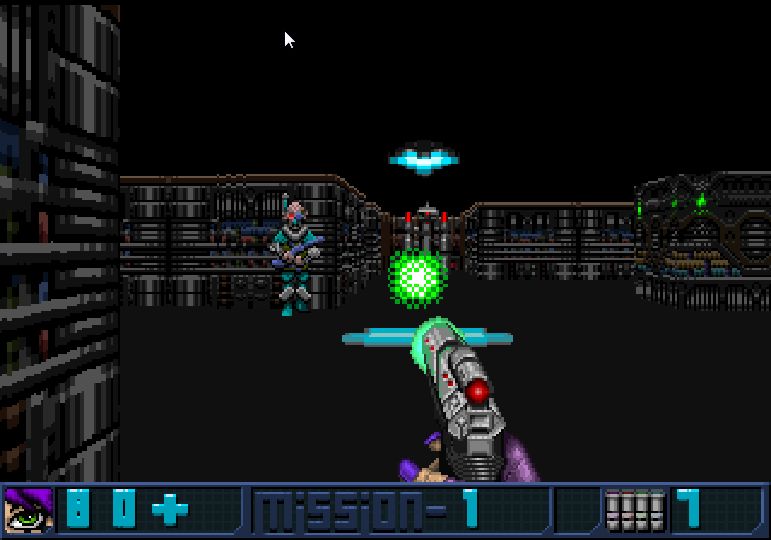 Enemies are, until the third level or so, unlikely to drop ammo.

The story, such as it is, is meant to be revealed in game, but what you’re immediately told is that you are Naomi, an amnesiac in some kind of cybernetic prison. You start… In an extremely similar position to the original Wolfenstein 3d, with a knife, the first enemy type entering the room, and bam, here you are. Kill the guy with your knife, get his gun, get to the exit of each level by finding keys, hopefully not dying to folks on the way.

But already, we’re seeing problems. And they’re nearly all quality of life stuff. Let’s start with the window, a lovely, er… 512×384. This is your only option. There is no full screen. There are no options to upscale (Which is perfectly do-able in GameMaker Studio, which is what this game was made in.) As in the oldest Wolf3D engine type games, you can only pick a pickup up if you’re facing it (Which is sort of a problem when you’re trying to grab medkits while avoiding enemy fire) , and universal ammo means that you also have to be holding the right gun if you want to fill ‘er up. Which you inevitably will, because in at least the first couple of levels, ammo is relatively scarce. While enemies are not, for the most part, hitscan, the game moves at a blistering enough pace that they might as well be… And there is no map. 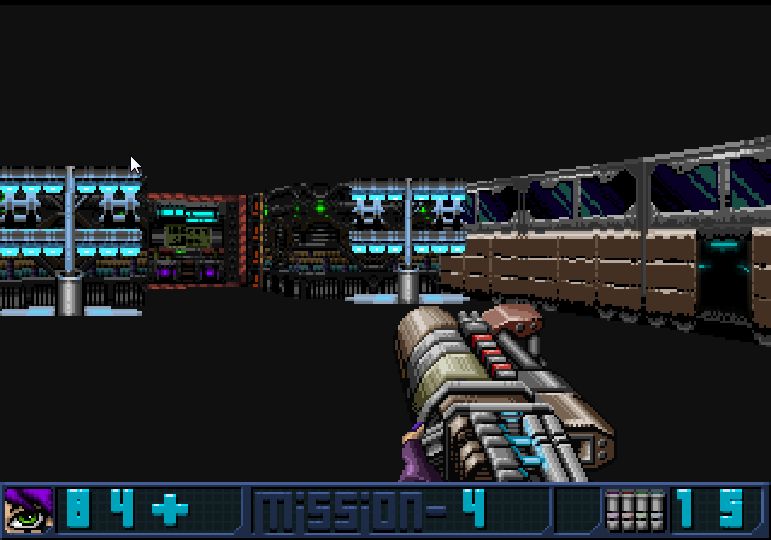 I get wanting to recreate that oldschool feel, really I do… But Wolf3D had mostly linear, understandable maps, and Blake Stone, which used a modified Wolf3D engine, had maps when it changed things up. Catacomb3D had a radar. So yeah, getting lost is distinctly unfun, as is trying to work out where the damn key is. Similarly, the spritework, while detailed, while obviously trying to set a scene and a mood, makes it damn hard to work out what you can interact with. Blue gates are impassible. Red ones can be shot down. Doors vary from area to area, and are mainly only recognisable because you’re forced to open at least one at the beginning of each level.

As mentioned, there are attempts to set a scene… From a prison, to what I’d have to assume is the medical wing (or maybe a torture wing? Not sure), to… A garage? It’s kind of hard to tell. Meanwhile, I really should have mentioned this by now, but mouselook, a small window, and the speed of the game make for a motion-sickness inducing experience. 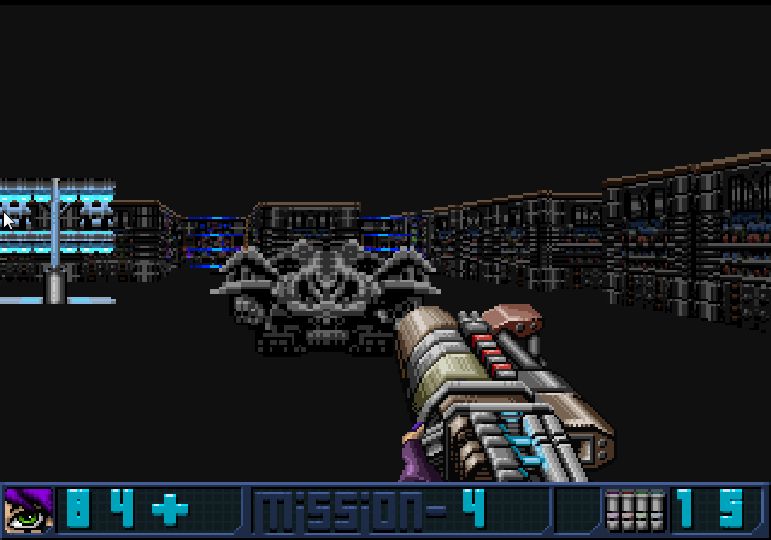 …But I *appear* to have killed everything, and don’t have the key. WELP.

Cyber Utopia is, to take an old phrase, a good bad example. It’s not even really that hot on the streaming/YT crowd who have a nostalgic bent, because, from experience, the game is a sod to record. On the up side, it’s £2 , so if you really want to confirm this for yourself, then it’s perfectly do-able.