Welcome to Basingstoke, a town filled with sausage rolls, quaint pubs, AND THE LIVING DEAD. We hope you enjoy your stay in the picturesque recycling bins, sewer pipes, and assorted possibly-safe buildings. There is no escape. 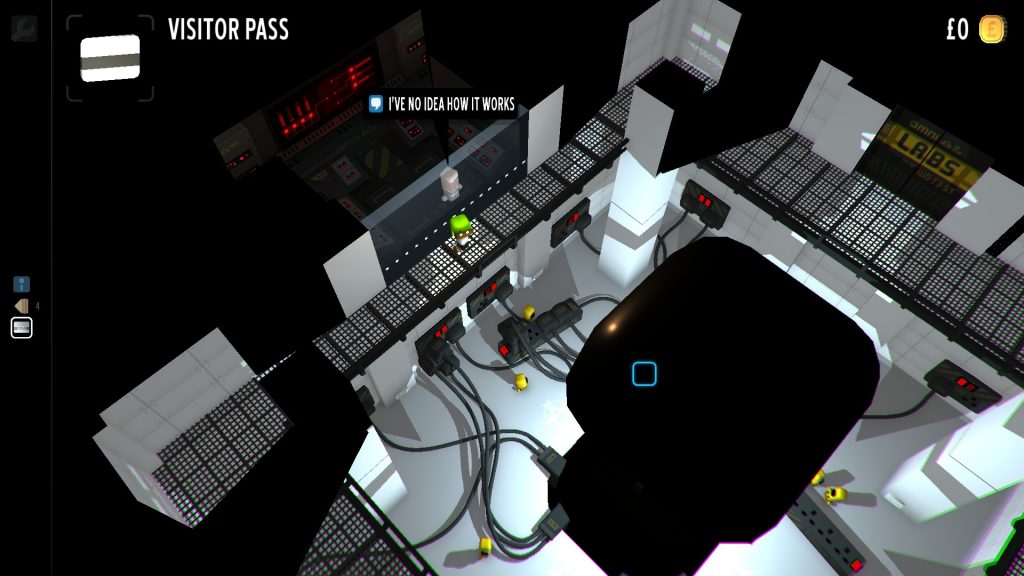 My character’s name sounds a bit like Gordon right now. There is no reason I find this fitting at all.

Basingstoke, the latest offering from Puppygames (and not the small English town, although it is set there) is an interesting game. It’s definitely an action game, but avoidance and stealth, rather than killing, is the main focus (Although weapons do exist, only a few are guaranteed a quick kill, and most of them are loud.) It’s procedurally generated, and has older game concepts just kind of strewn about, like save items, level-based gameplay, and the like. It is, in short, a mix of old and new ideas, starting with perhaps one of the older ones: Science going wrong, because a big company delved into things Man Was Not Meant To Know (Never goes wrong in a videogame, amirite?), and so Basingstoke is now a hellhole filled with zombies, mutants, aliens, and death-robots. A hellhole that you, the latest interviewee for Omnicorp, have to escape.

And it works. It works really well. Part of that is that Puppygames is no stranger to adding their own touches to arcade based play, and have a solid grasp of the low-poly aesthetic, with good sound design and occasional music. And part of this is that, most of the time, it feels fair, with the difficulty escalating sensibly, except when you screw up and trigger a loud noise, in which case the sudden horde of zombies is, definitively, your fault. 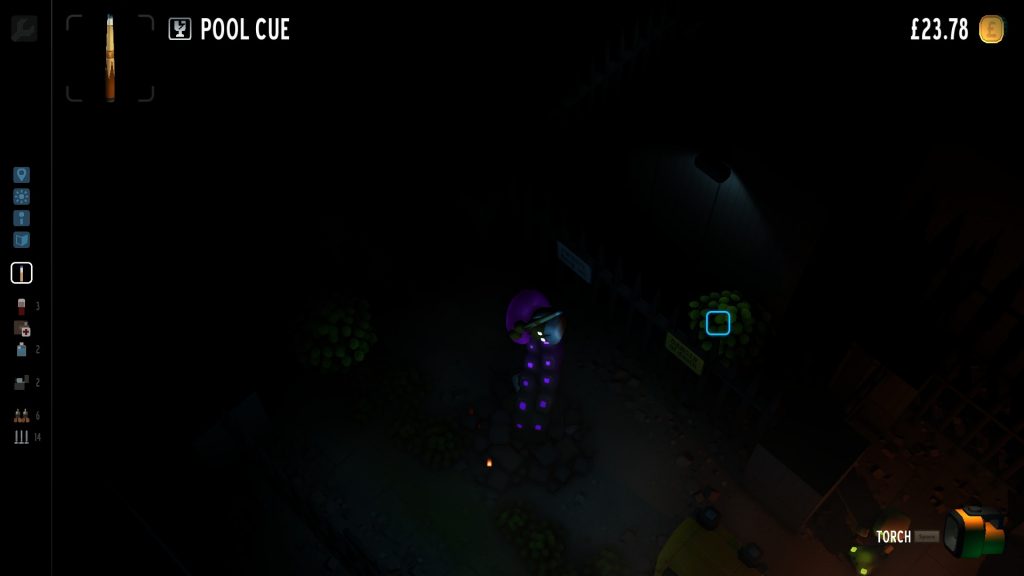 My last thought was “DO NOT RUN IN THE HALLWAYS”, oddly.

There’s also good variety in play. Myself, I mostly like non-confrontational play, creeping around, distracting enemies with sausage rolls or sandwiches, occasionally setting groups of zombies on fire with a molotov or flamethrower, if I can get hold of the salvage needed to build them. And the game supports this quite well. Get some Instant Coffee (freely available from drink dispensers, relatively common), and you can mix it with a sandwich, kebab, or the like to turn the zombie that eats it on its fellows. Or, y’know, just have a nice cup of coffee. Still, running hell for leather everywhere is, definitely on the early levels, still a valid and workable strategy if you’re clever about it.

And each has their downsides. My stealthy play, for example, is mostly slow, and I don’t get to explore everywhere. As such, my item use suffers somewhat. Running, meanwhile, attracts Tentacles, and even the twitchiest of players will occasionally get caught out by one that spawns either on top of them, or in such a way that it’s going to grab you. And in Basingstoke, one hit is a kill for your player character. 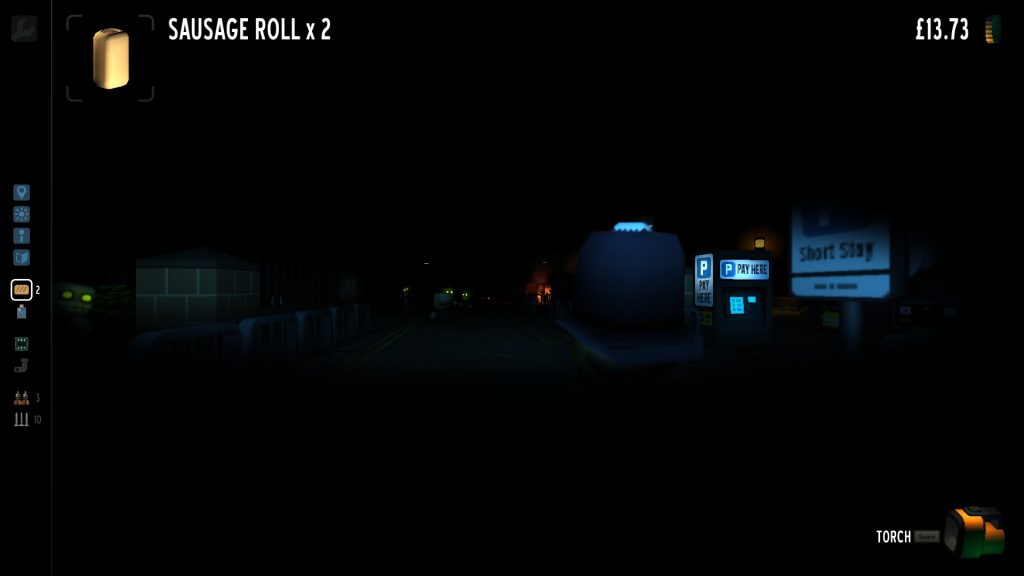 With revolutionary new RECYCLEBIN-O-VISION, you can see exactly how boned you, in fact, are.

There’s a fair amount to like about Basingstoke. For example, I can start from later levels if I really want to, and the Insurance Policy, if I can afford it, means I get to save mid-level (once.) There’s infinite retries on a level. It can turn down the flashing and gore, and it’s largely pretty clear how to play, tutorialising well. It also feels tense, without being aggravating. Yes, I can die at any second. But I know the progress from the previous level won’t be undone, and I can still try again. I know my progress overall won’t be undone. And I find myself, overall, looking forward to whatever evil thing the game is going to throw my way, be that for me, like when I made a proximity mine, or against me, like the large alien carnivores of the Underground. Well worth a look if you like stealth action titles.

The Mad Welshman sprinkled coffee, breadcrumbs, and bean juice over his egg and bacon sandwich, and smiled nastily. Somewhere, some zombie was going to have a very, very Full English day.