Source: Cashmoneys
Price: £15.49
Where To Get It: Steam
Version: Update #3
Other Reviews: Release

AMID EVIL (an anagram of a lot of things, but MEDIEVAL seems the best fit) is, much like DUSK, a love letter to 90s shooters, taking inspiration from Quake, Heretic and Hexen, and Rune. It does all of these things well, with one, glaring exception. Which itself is somewhat 90s. 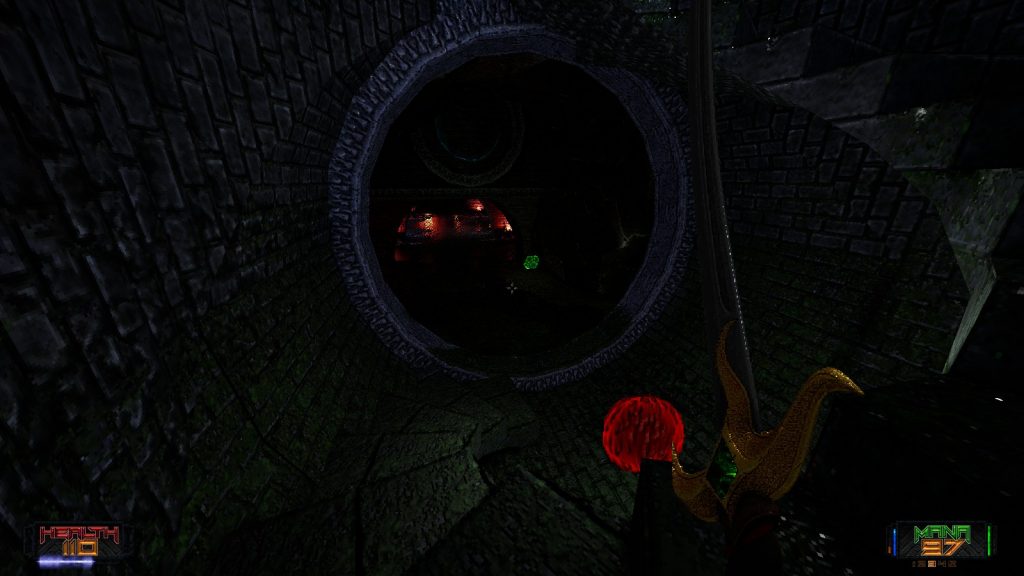 Super dark areas are also, to be fair, somewhat 90s.

Specifically, the menu is a godawfully unreadable eyesore, and the ammo UI has hard to read elements. If both could be made clearer, then AMID EVIL would gain the coveted (ha) “Does What It Says On The Tin.” As is, however, it does enough well that the UI is, accurately, that glaring exception.

Storywise, it’s there, and there’s not really all that much to say about it. Like the games it’s inspired by, the story is a framing device, a Raison de l’assassinat more than anything else. Ancient evil, exiled sorcerer/warrior, a multidimensional horde of death and blood, just waiting to be gibbed.

I’ll give the AMID EVIL team this: The gibbing is pretty good, and comes in many dramatically named flavours. Starting with the Axe of the Black Labyrinth, and moving, weapon by weapon, to the Star of Torment (a flechette firing mace with wall pinning abilities) and the Aeternum (the BFG of the game, a super slow, but deadly multi-dimensional murder machine), each has their own quirks, and their own changes when you’ve killed enough enemies, and collected enough soul, to unlock a surge of SOUL POWER, aka “The weapons get nastier for a while, so long as you keep killing.” Currently, my favourite is the Star of Torment, as… Well, it does a fair amount of damage, is easy enough to aim, and… Wall pinning, geez! 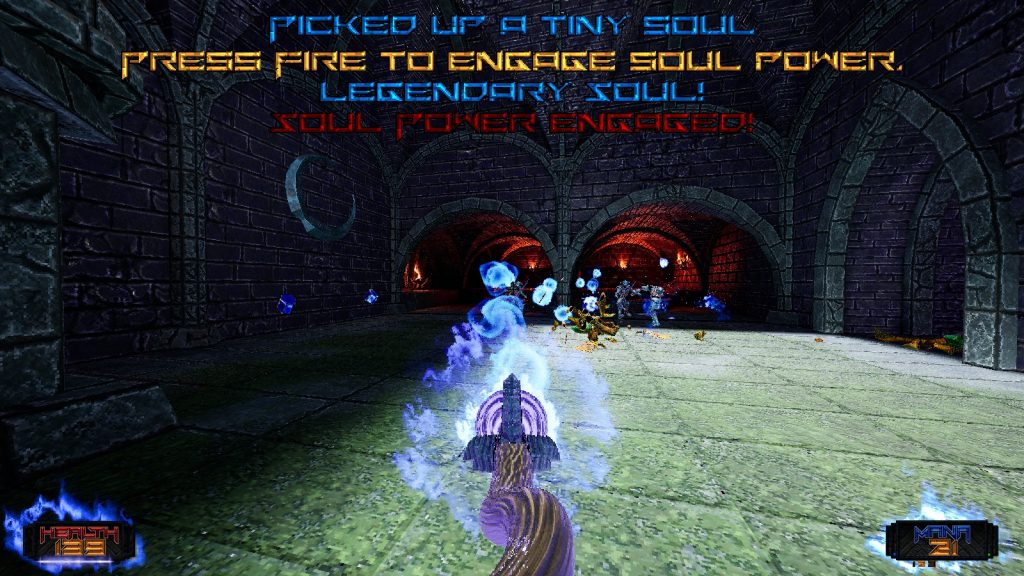 Soul Power makes even the pistol analogues of the game seem godlike. Which makes me sad that it requires a lot to wield it well.

Alas, the soul power is my other niggle, purely a personal dislike, about AMID EVIL. I can understand, somewhat, how it’s meant to be a force multiplier for the skillful, and an ass saver otherwise. But once that meter’s full, the next time you hit the fire button, regardless of whether you want it, it unleashes. It won’t unleash while you’re firing, a recent improvement I like, but it’s still a cool thing I don’t really get to enjoy as much of because I don’t have as much control over its use as I’d like.

Beyond that, and the aforementioned UI though, the game plays to its aesthetic well, making good use of its low poly worlds, with mostly clear level design, 3 worlds out of the seven planned already in the game, an endless wave mode, accessibility options, and, of course, the old school “Type the word in” cheats. If Indefatigable and the New Blood team could improve that UI, make it more readable while keeping the ‘tude, I would have very little to complain about with its fast paced, retro inspired action. Even as it is, AMID EVIL is a bit of alright, a fairly good first person shooter taking the speed and aesthetic of predecessors. 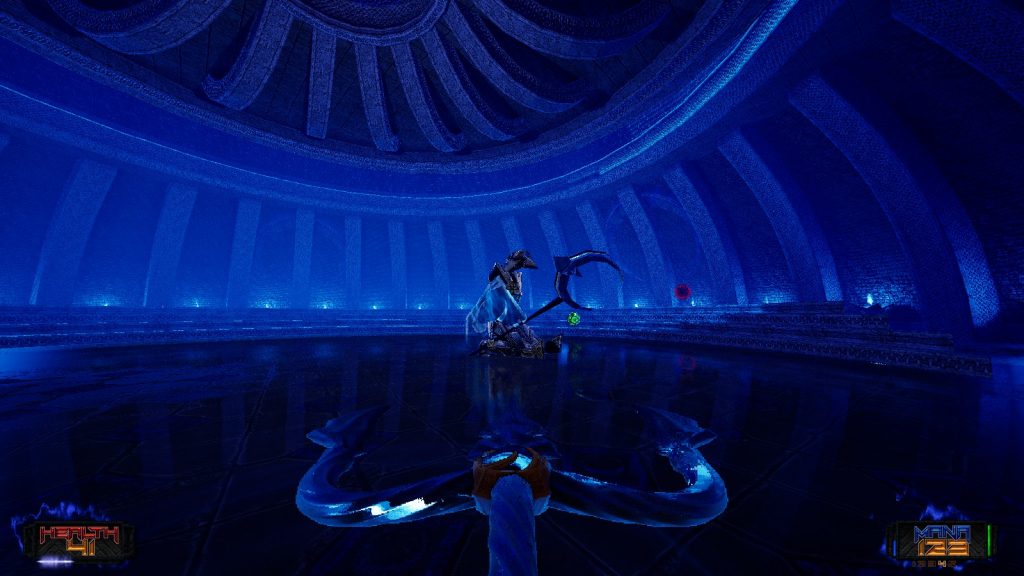 Nothing like a boss in silent, pre-death repose to close up a review. Beautiful.

The Mad Welshman knows what it’s like to be keeper of ancient weaponry, wielding the Quiet Blade of Holistic Criticism.